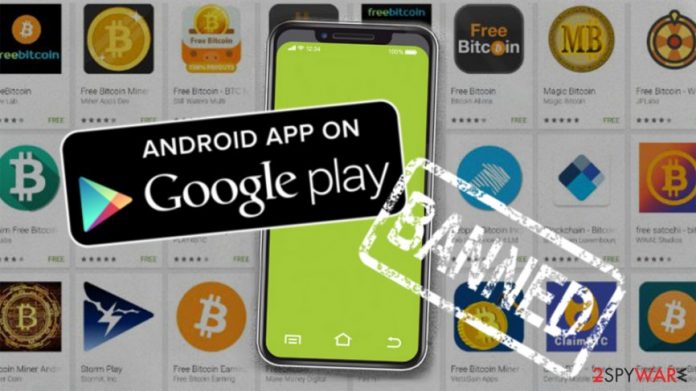 Between July and September, Google has pulled off 34 applications from the Google Play Store for being infected with the Joker malware. Joker, is a notorious malware that has been infecting apps across the Play Store over the last few months.

Google has been pulling these apps off the store the very moment they’ve gotten to know about them being affected. Joker is not a new malware, but it has been very up and about recently, much to many app developers’  dismay.

The Joker malware is a malicious bot that has been categorised as fleeceware. The main task of this type of malware is to simulate clicks and intercept SMS’ to subscribe to unwanted paid premium services without the users learning about it. Joker uses as little code as possible and hides it thoroughly to generate a very discreet footprint that is tricky to detect.

Joker first infected 11 apps on the Play Store in July, followed by 6 more apps in the first half of September. Now, 17 more apps have been infected and have been pulled off the app store.

Tip for these 17 new apps came from a California-based IT security company called Zscaler.  Zscaler monitored the 17 apps and discovered that they were infected with Joker. These 17 apps are said to have a total of 120,000 downloads.

Since the apps have been removed from the Play Store, they are no longer available for download. If you have been using any of these, delete them immediately.

Google had identified Bread (also known as Joker) which is a large-scale billing fraud family in 2017 that identifies apps that are designed solely for SMS fraud.

Google wrote in a blog earlier this year that the Play Store has introduced new policies and have scaled up defenses and Bread apps were forced to continually iterate to search for gaps and have used just about every cloaking and obfuscation technique possible to try and go undetected. “Many of these samples appear to be designed specifically to attempt to slip into the Play Store undetected and are not seen elsewhere,” Google wrote.

Maharashtra Grocery Shops To Only Open 7-11 am, Home Delivery Till 8 pm