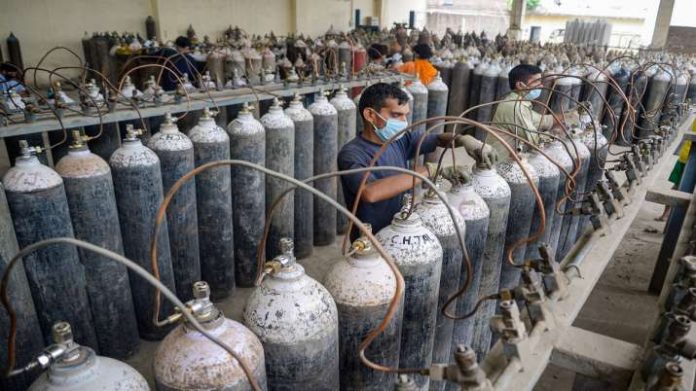 The national capital must get at least 700 tonnes of oxygen everyday, as requested by the Delhi government to meet the needs of the city’s COVID-19 patients, the Supreme Court told the centre today.

Chief Minister Arvind Kejriwal said the city has been getting roughly half the quantity of oxygen it has been officially allocated, while neighbouring BJP-ruled states like Uttar Pradesh and Haryana have been prioritised.

Mr Kejriwal sought 700 tonnes of oxygen a day for Delhi, where Covid deaths continue to rise and hospitals keep sending out SOS for medical oxygen every few hours.

“If nothing is to be hidden, let it come before the nation how allocation and distribution is done transparently by the centre,” the Supreme Court said. “The centre continues to be in contempt for not supplying 700 tonnes of oxygen to Delhi,” it said.

The centre in its defence said the Kejriwal government is using the institution of the Supreme Court to speak against the centre. “There has to be an audit because there is systemic failure, but it is not against political leadership or officers. The centre was given mandate twice by the people of this country, and we are very much concerned. We cannot be Delhi centric,” Solicitor General Tushar Mehta said for the centre. Advocate Rahul Mehta represented the Delhi government.

Mr Kejriwal today said his administration “won’t let anyone die” of oxygen shortage if it got the earmarked 700 tonnes of oxygen supply every day from the central government.

“If we get an adequate supply of oxygen – 700 tonnes – we will be able to set up 9,000-9,500 beds in Delhi. We will be able to create oxygen beds. I assure you that we will not let anyone die to a shortage of oxygen in Delhi,” Mr Kejriwal said at a news briefing.