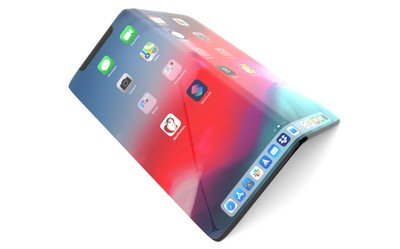 According to supply chain reports, Apple’s long-term assembly partner Foxconn is testing a folding iPhone and the device might start shipping in September 2022.

This potentially backs up a recent claim that Apple Insider reported regarding Apple ordering screens for a foldable iPhone from Samsung. A new report now states that Foxconn is testing a foldable device.

As per reports, the testing centre’s around the use of OLED or micro LED ad “the choice will affect how production of a final device will be done”. As per China’s United Daily News, Apple has “asked Foxconn to test the screen, and also the bearings of a folding iPhone device”. The bearings are the actual folding element of the device and will reportedly come from multiple suppliers, however, the final assembly is to be handled by Foxconn.

Other reports have speculated that a folding iPhone might be years away, but current information from “unnamed supply chain sources” and United Daily News claims that Apple might release the first foldable iPhone by September 2022. Folding tests for regular laptops need them to be opened and closed between 20,000 and 30,000 times while for this folding iPhone, Foxconn is reportedly going to conduct more than 100,000 opening and closing tests.

The latest report gives no details of the foldable iPhone design and sources claim that the development is constantly changing. According to tipster Jon Presser, the foldable iPhone is going to be a two-screen device much like the Microsoft Surface Duo.