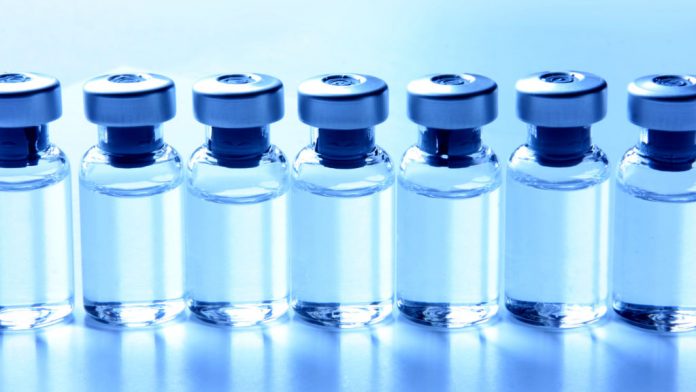 As the global rate of COVID-19 cases has reached around a scary number of 2,460,792 with the death toll of about 168,934 with a recovery of 643,916. According to Sarah Gilbert, professor of vaccinology at the University of Oxford, as nearly more than 30 projects across the globe are going on to produce the vaccine for COVID-19, believes that it could be available soon or maybe by September, calling for large-scale production facilities to be in place soon. she also added, and said that she has reiterated the projected availability by September on Monday, said clinical trials at the university would start “quite soon”. It is important to set in motion production processes so that it can be made available widely soon.

WHAT IS THE MEANING OF COVID-19 VACCINE?

VACCINE: A vaccination is a treatment that makes the body stronger against an infection. The body fights infections using the immune system, which is made up of millions upon millions of cells including T cells and B cells. So, basically vaccines train the immune system by providing a considerably small amount into the system in order to fasten the natural process of the immune system. If enough people become immune then the corona-virus would not be able to spread so effectively and social distancing measures would no longer be necessary. That’s why many virologists and other scientists across the globe are trying to find the vaccine to cure infectious diseases that have caused havoc across the globe. (COVID-19).

The university of oxford said that the researchers are working “at an unprecedented rate” for the production of a vaccine to make them available by September, pushing ahead with the process to screen 510 volunteers between the ages of 18 and 55 to test a new one called ChAdOx1 nCoV-19. The trial has been approved by UK regulators and ethical reviewers. Professor Gilbert also said No-one wants to be in a position where you have a vaccine that you have shown does work and then not have any of the vaccines to use. The sooner we start the quicker we’re going to get to the billion dose scale. That probably won’t be this year but if we don’t start we’re not going to get there next year either.”

Approximately 80 groups around the world, including many big pharmaceutical companies, are trying to produce a vaccine and some have already begun human trials. The production of the vaccine needs to start manufacturing large amounts of the vaccine. It is not uncommon for companies to start manufacturing a new vaccine before they really know for certain it works, but will certainly hope that this vaccine would help mankind to reinforce the situation back to normal. Vaccine for COVID-19 is sorely needed at a much faster rate according to the rate the virus is spreading, as it already had spread to more than 200 countries. As the researchers have already said that the production of the plausible vaccine has already begun soon before the time.

WHEN WILL THE RESULTS BE OUT?

As Adrian Hill, director of the Jenner Institute at the University of Oxford, said: “The Oxford team had the exceptional experience of rapid vaccine response, such as to the Ebola outbreak in West Africa in 2014. This is an even greater challenge”. “Vaccines are being designed from scratch and progressed at an unprecedented rate. The upcoming trial will be critical for assessing the feasibility of vaccination against COVID-19 and could lead to early deployment.”

Also Professor Gilbert added that there are 80% chances of working of this ChAdOx1 nCoV-19 vaccine to work as it is based on the many tests this vaccine has gone through the possibility of curing it is most likely seems to be on the positive side. However, many industry experts believe the vaccine could take as long as 18 months to be developed and distributed globally. And researchers are working day and night to maximize the production of the vaccine so that it can be adequate for all the people around the globe.

As the world right now is in such a predicament and the hopes for the vaccine are going to take at least a few more months to get ready. We are still feeling blue about the lockdown, we cant roam around freely anymore, we are just like animals stuck in zoos. As nature is regaining its strength back while humankind is locked away in their houses, this surely raises one question? Are we getting what all we have sowed as nature ripe itself up?