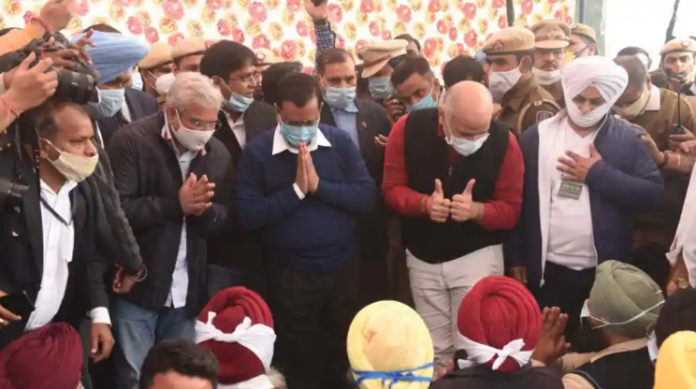 Minutes after the Aam Aadmi Party (AAP) claimed chief minister Arvind Kejriwal was put under house arrest after his visit to the farmers protesting the three central farm laws at the national capital’s Singhu birder on Monday, Delhi Police refused the charges on Tuesday.

“BJP’s Delhi Police has put Hon’ble CM Shri ArvindKejriwal under house arrest since the time he visited farmers at Singhu Border yesterday. Nobody has been allowed to leave or enter his home,” the ruling party wrote on Twitter.

The police likewise took to Twitter to state that Kejriwal practices his right to free movement inside the law that everyone must follow and shared a photo of the house entrance of the chief minister.

“The CM met farmers at Singhu border yesterday. He had said that we’ll serve them like ‘sevadars’ and support them. After he returned, Delhi Police blockaded his home from all sides, placing him in a house-arrest like circumstance, at the command of home ministry,” AAP leader Saurabh Bharadwaj said in a brief media address.