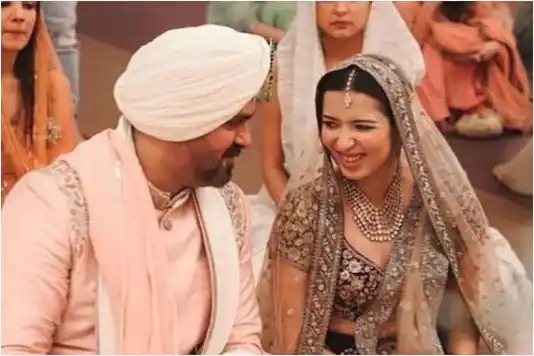 Actor Harman Baweja and Health Expert Sasha Ramchandani got married according to Punjabi ceremonies on Sunday. The couple had intimate engagement ceremony in December last year. Sharing looks at Harman Baweja’s wedding, actor Shilpa Shetty wrote: “Congratulations Harman and Sasha… Here’s to new beginnings filled with unconditional love, happiness and friendship forever. So happy for you guys.” In the video, Sasha Ramchandani looks gorgeous in a red and peach lehenga while Harman Baweja complimented her in a pastel pink sherwani. Shilpa Shetty’s husband, Businessman Raj Kundra, is a close friend of Harman. The couple even worked with Harman on a film however more on that later. While the actress couldn’t go to the wedding festivities, Raj lit up the functions with his dance performance. Actor Aamir Ali and Ashish Chowdhry also attent the wedding.

Earlier in the day, Shilpa Shetty shared a video of Raj Kundra setting the stage on fire with his dance performance at Harman and Sasha’s wedding celebrations. “Husband Appreciation post. Burning the dance floor at Harman’s sangeet. OMG can’t stop smiling every time I see this. Bhangra on fleek!!This is absolutely #superseupar Raj Kundra. Killed it.”

Harman Baweja, the son of director Harry Baweja and producer Pammi Baweja, made his debut in Bollywood with the 2008 sci-fi romance Love Story 2050, in which he co-starred with Priyanka Chopra. Next year, he featured in Victory and What’s Your Raashee?, his second film with Prianka Chopra. Harman Baweja made his Bollywood comeback with the 2014 film Dishkiyaoon, which was produced by Raj Kundra and Shilpa Shetty.