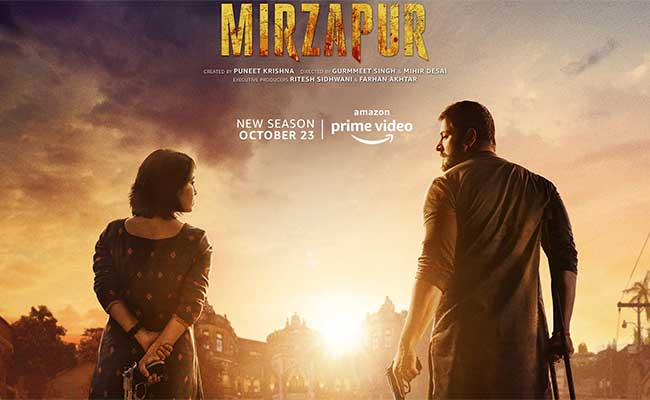 The hotly-anticipated Mirzapur 2 is days away from debuting and its trailer will arrive on Tuesday afternoon. The new season is shrouded in mystery with its makers keeping the audience waiting after a cliffhanger of an ending, the interest in the Amazon Prime series is understandably high. So, ahead of the Mirzapur 2 trailer, here is revisiting the blood-drenched ending of Mirzapur and what it bodes for the upcoming season featuring Pankaj Tripathi, Ali Fazal, Divyenndu Sharma, Rasika Duggal and Shweta Tripathi.

Mirzapur is set in Uttar Pradesh badlands where Pankaj Tripathi plays a local don named Kaleen Bhaiya (Akhanda Nand Tripathi). His empire is affected when two brothers, Guddu and Bablu Pandit, played by Ali Fazal and Vikrant Massey, enter the picture. Kaleen Bhaiya’s son, and heir-apparent to his empire, Munna, played by Divyenndu, sees them as a threat and wants them killed. Kaleen Bhaiya instead absorbs them in his criminal activities and the first season saw their rise in the ranks. As Guddu’s sister-in-law Golu (Shweta Tripathi) defeats Munna at college elections, things come to a boil.

The first season ends with Munna attacking Guddu and his wife Sweety (Shriya Pilgaonkar), his brother Bablu (Vikrant Massey), sister Dimpy and Golu as they attend a wedding. While Bablu and Sweety are killed, an injured Guddu escapes with Golu and Dimpy. Kaleen bhaiya’s wife Beena (Rasika Duggal) is also looking for a gun after she is forced to bobbitise her lover by her father-in-law (Kulbhushan Kharbanda). Kaleen bhaiya, in a bid to declare that he is very much the ‘king of Mirzapur’, attacks Ram Sharan Maurya, a special police officer assigned to clean up the town. Rival don Rati Shankar Shukla’s son Sharad is also swearing revenge for his father’s death, who was killed by Guddu at Kaleen bhaiya’s behest. Sharad is seen shaving his head in the final episode.

Mirzapur 2 will release on Amazon Prime on October 23.

Cute Dog and Fish Are Now Friends. Watch To Know How They Boop Each Other