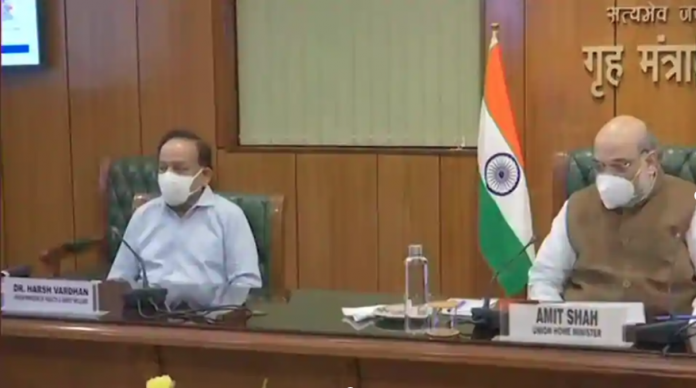 Union home minister Amit Shah is chairing an emergency meeting on the issue of rising cases of the coronavirus disease (Covid-19) in Delhi. Union health minister Dr Harsh Vardhan, Delhi lieutenant governor Anil Baijal and chief minister Arvind Kejriwal are among those who are attending the meet.

The high-profile meeting is being held to discuss measures to control the spread of the disease in the national capital, people aware of the developments said. This also marks the second time Shah is directly intervening after spike in Delhi’s Covid-19 cases. He had chaired a series of meetings in June and July when the city witnessed a major spike in its Covid-19 cases.

On Wednesday, Delhi had reported its highest-ever single-day Covid-19 count of 8,539 along with 85 fatalities. Then, on Thursday, it reported 104 deaths due to the virus-the highest number of deaths here in a single-day-as well as 7,053 new infections.

On Friday, CM Kejriwal had expressed hope that the current pandemic situation in the capital should be brought under control “in the next 7-10 days.” Delhi, according to several people, including Kejriwal, is in the middle of a “third wave” of Covid-19 cases.

The Delhi government had already announced a host of measures to control the situation, including a ban the sale of firecrackers in the national capital till November 30, though on Diwali, the ban was largely defied. Also, for Chhath Puja, which falls on November 21-22, officials have been directed to ensure the puja is not performed in public places.

Schools in Delhi have already been directed to remain closed till further orders.