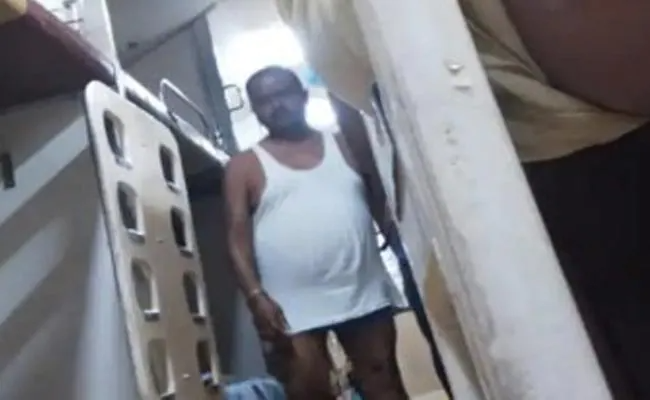 Bihar MLA Gopal Mandal who was already under fire for walking around in his underwear on a train journey has now been accused of being drunk by a fellow passenger. The traveler has also accused him of grabbing his gold ornaments after he objected to the MLA’s display.

The traveler, Prahlad Paswan, has logged a complaint against the MLA from Bihar Chief Minister’s party, JDU, at a Government Railway Police station in Delhi.

“The MLA was drunk when he was roaming the coach in a white vest and underwear,” Mr. Paswan said in his complaint, adding when he confronted Mr. Mandal, “the MLA snatched my gold ring and chain and misbehaved with me.”

After registering the complaint, the Delhi Police transferred the case to Bihiya GRP near Arrah in Delhi for further investigation as it falls under that jurisdiction.

Earlier in the day, the MLA from Gopalpur in Bhagalpur locale faulted his resentful stomach for his unseemly apparel decision after his photograph in them became famous online via web-based media.

“I was in underwear and vest. I had just boarded the train and had an upset stomach. I do not lie,” said the MLA.

Elaborating on the series of events, the MLA said that a man stopped him and questioned him over his attire. “I shoved him away and after relieving myself I confronted him,” he said.

Mr. Mandal also denied the charges that his clothing made female travelers feel awkward and asserted there was no lady present in the compartment.