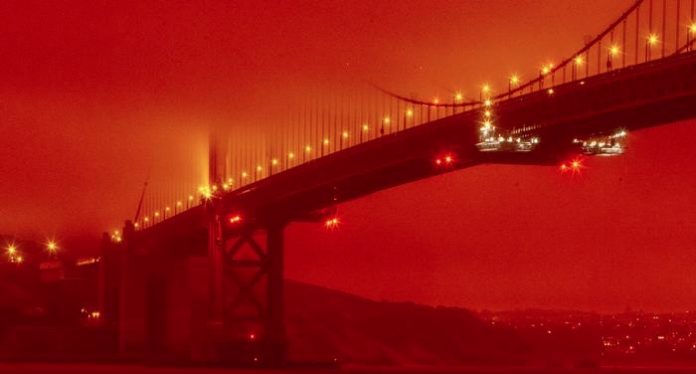 The wildfires which have been raging in Oregon, California and Washington in the United States (US) since mid-August, have burned millions of acres of lands, killed more than 30 people and destroyed thousands of homes. With the US elections due in November, the wildfires have also become a key political issue. Last week, Democratic presidential challenger Joe Biden warned that “climate change poses an imminent, existential threat to our way of life” and accused President Donald Trump, a climate sceptic, of denying “that reality”.

Mr Biden’s statement linking the wildfires with the climate crisis has wide support. California governor Gavin Newsom said this is a “climate emergency”. Scientists have blamed the peak heatwave and dry winds for fanning the fires, and have warned that such “compound disasters” are a result of the climate crisis. The US is not the only country that has seen such wildfires. An inquiry has found Australia’s 2019-20 bushfires were likely made worse by the climate crisis, warning that such devastating wildfires are likely to happen again.

While India has not seen such large-scale fires, forest fires are not uncommon. But unfortunately, the forest department’s firefighting capabilities are rudimentary. It doesn’t have modern equipment, adequate number of vehicles and enough field staff, Which can support their quick response system. In an era of the climate crisis and human encroachment into forest areas, it’s time to learn from the crises of the US and Australia and support its firefighting framework.