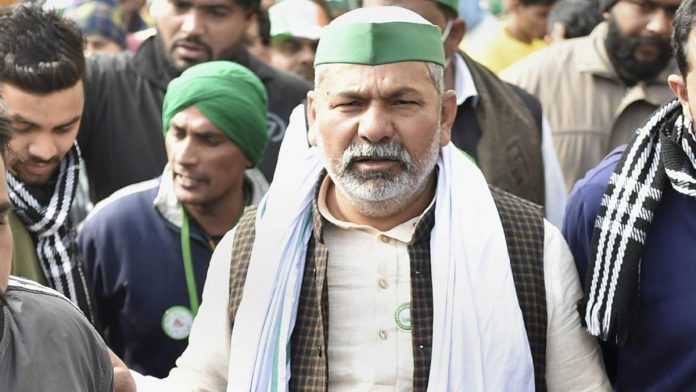 Farmer leader Rakesh Tikait today warned the government that there would be an acceleration of protest at the Delhi line if the public authority doesn’t disavow the disputable homestead laws by November 26. The Bharatiya Kisan Union (BKU) chief’s new warning came as the farmer agitation against the agrarian laws near one year.
“The central government has time till November 26, after that from November 27, farmers will reach the border at the protest sites around Delhi by tractors from villages and strengthen the protest site with solid fortifications,” he said on Twitter.

This is his second warning to the centre in two days. On Sunday, Mr Tikait had warned the government that there would be consequences if they tried to forcibly remove the protesters from the Delhi borders.

“If there is an attempt to forcibly remove the farmers from the borders, then they will turn government offices across the country into Galla Mandi(grain markets),” he said.

Mr. Tikait also said that if the administration tried to pull down their tents at the protest site, the farmers would set them up at police stations and the district magistrates’ office.

“We have come to know that the administration is trying to pull down the tents here. If they do that, the farmers will set up their tents at Police stations, DM offices,”.

Huge number of farmers have been protesting at the three border focuses – Tikri, Singhu and Ghazipur – since November 26 last year claiming that the three laws cleared last year are against their interest. The centre, however, has been saying these legislations are pro-farmer.

There have been several rounds of talks between the Center and the ranchers but impasse remains.