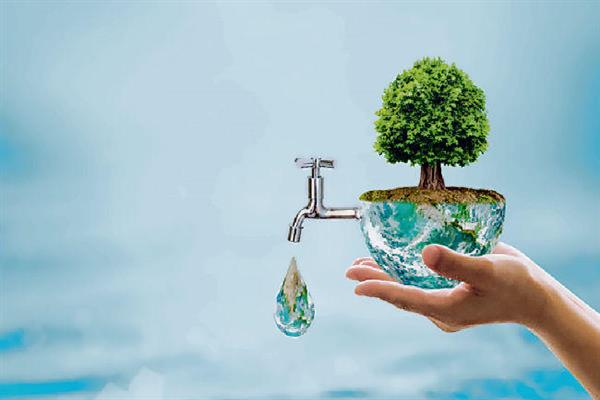 It isn’t a hidden fact how few areas of Uttar Pradesh, mostly in and around Bundelkhand are facing water crisis since years now, which is frequently followed by droughts. Chief Minister Yogi Adityanath will launch the first phase of Jal Jivan Mission in Bundelkhand on Tuesday.

This initiative is linked to PM’s “Har Ghar Jal” Campaign (water supply in every house). The project is targeted to provide the water supply to about 67 lakhs households and will cost Rs. 10,131 crores as an estimate. Not only Bundelkhand, but the scheme will be launched in four phases starting in Bundelkhand. The scheme is for three out of seven districts (i.e. Jhansi, Mahoba, and Lalitpur) in the region.

The project will be implemented by the Jal Shakti department which will be carried and taken care of for the next 10 years.

An official representing CM said, “For Jhansi, 10 surface water schemes will be rolled out at an approximate cost of Rs 1,627 crore which will benefit 11,42,249 people in 644 villages.”

The rest of the four districts, that is, Jalaun, Hamirpur, Banda and Chitrakoot will be gradually included in the same project later. Statistically, there are over 4,513 villages in the district of Bundelkhand out of which 891 already have water supply. The Jal Jivan Mission will cover the remaining 3,622 villages with a population of 67 lakhs.

“On the initiative of Prime Minister Narendra Modi, the chief minister had asked officials to ensure every house gets piped water facility, especially in regions where groundwater is contaminated with fluoride and arsenic,” the official added.

In the second phase, the Vindhyanchal region will be covered while in the third phase, areas affected by Japanese Encephalitis and Acute Encephalitis will be taken care of. In the final phase, the scheme will be provided to the villages along Ganga which are polluted by chemicals like arsenic and fluoride.