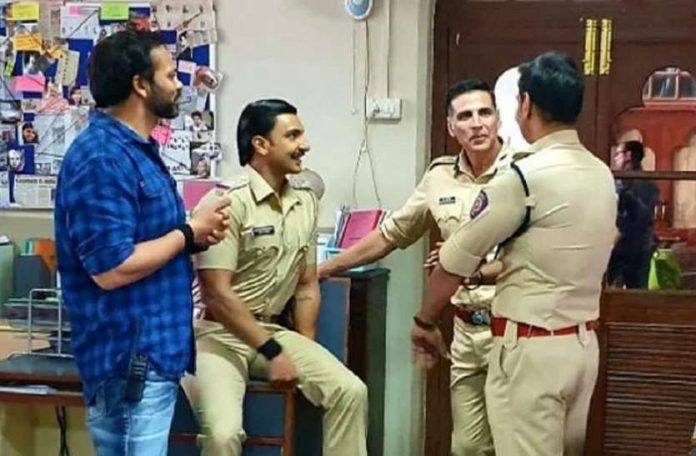 Akshay Kumar tweeted an explanation after IPS official RK Vij saw an error in a behind-the-scenes pic from Sooryavanshi. The entertainer, on Saturday, uncovered that Rohit Shetty’s cop drama will be at final release on Diwali after a few deferrals because of the pandemic. While declaring the film’s dramatic delivery, Akshay Kumar shared a behind-the-scenes pic that shows Ranveer Singh sitting while Akshay Kumar and Ajay Devgn stand next to him. All three actors are seen dressed in police uniforms – but Mr. Vij, a real-life IPS officer, noted that an inspector would never sit like that in front of his seniors.
“The Inspector sahab sitting while the SP stands, it doesn’t happen like that janab,” Mr. Vij pointed out on Sunday, writing in Hindi. His tweet refers to the fact that in Rohit Shetty’s cop universe, Ranveer’s Simmba is lower on the hierarchy pole as compared to Ajay’s Singham and Akshay’s Sooryavanshi.

Akshay Kumar reacted to his tweet, saying that entertainers follow all conventions when the camera is turned on. “Sir, this is a behind-the-scenes photo. For us actors, the moment the cameras turn on, protocols return. Regards forever to our great police forces. Hope you like the film when you watch it.”

The trade between reality and reel-life cops has turned into a web sensation on Twitter. While Mr. Vij’s tweet has piled up more than 23,000 ‘likes’ and a huge load of entertained responses, Akshay Kumar fans additionally commended his answer.

Sooryavanshi was initially expected to open in cinemas on March 24 last year – but was delayed due to the pandemic situation. It is one of the films that opted for a theatrical release instead of digital streaming, which meant its release date was pushed back twice. After being rescheduled for Diwali last year, the film’s release date was pushed to April 30 this year. With its Diwali 2021 release, Sooryavanshi will have a box office collision with Marvel Studios’ Eternals.