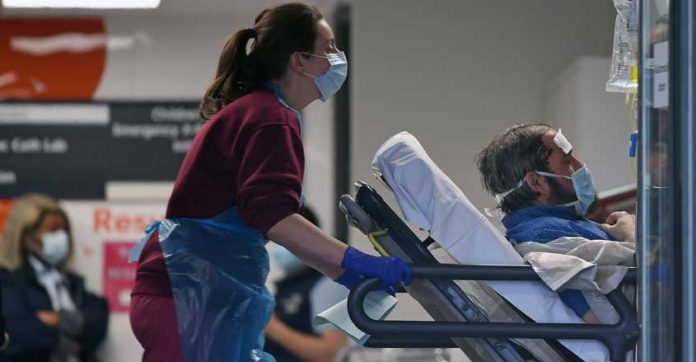 As the COVID-19 cases are accelerating its speed across the globe with around 2,280,062 with the death toll of 156,329 and recovery rate of 583,330 in 210 countries and territories. COVID-19 continues to make the economy of the world totally putrid and make immensely hard on the middle-class worker and laborers.

As of in India the recent scenario is not good either the active case reported last on 18th April 20:20 IST is 14729 with cured cases of 2014 and death rate is getting alarming as it has reached 488. While it 70 days for the country to reach the rate of 5000 cases, but the next 5000 were achieved in simply six days indicating a rise in doubling the rate of the infection as well as inflating the numbers rapidly. And as the pandemic is getting more severe and infection is growing every single day, prime minister Modi has also extended the lockdown till May 3. As the Defence minister Rajnath Singh organized a meeting for group of ministers (GoM) with the purpose of lessening the hardships the people are going through in the country. As this would give the government and medical officers to prepare themselves for the predicament.

Twenty-five districts across 15 states which had detected COVID-19 infection earlier have contained the spread and have reported no new case in 14 days, the union health minister said on Monday. The district which reported are The districts are Gondia (Maharashtra), Raj Nand Gaon (Chhattisgarh), Davangiri (Karnataka), South Goa, Wayanad and Kottayam (Kerala), West Imphal (Manipur), Rajouri (J&K), Aizwal West (Mizoram), Mahe in Puducherry, SBS Nagar in Punjab, Patna, Nalanda and Munger in Bihar, Pratapgarh in Rajasthan, Panipat, Rohtak and Sirsa in Haryana, Pauri Garhwal in Uttarakhand, and Bhadradari Kothagudem in Telangana. The government’s main strategy to minimize the spread of the infection is on rapid and economical diagnostics as well as new drugs. And the extended lockdown might help and, if not then it will surely buy us some time to prepare ourselves for the worst.

As the world, is going through such a crucial time where the economy is rapidly deflating, vaccines are still on testing stages and as the rates of the COVID cases are inflating day by day. Staying at home seems a plausible option. But hoping that the world will breathe again one day where normalizing would not be such a difficult time is not such a long way, we have fought so many viruses previously then why won’t we able to overcome this one?