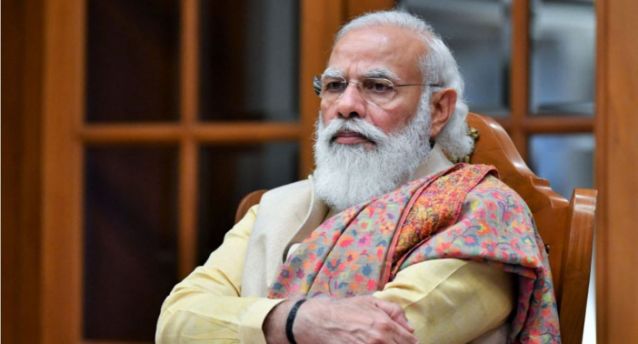 Prime Minister Narendra Modi told an all-party meeting on Friday that in next few weeks, Indian manufacturers would be able to produce the much-awaited Covid-19 vaccines. He also gave enough indication that India will use indigenously made vaccines as he talked about cheap but effective vaccines. Both Moderna and Pfizer candidates are much higher priced than India’s potential immunisation candidates.

Talking about India’s vaccine preparations, the Prime Minister said, “Experts believe we don’t have to wait for a long period to get a vaccine. It is understood that in next few weeks, Covid vaccines will be ready. The government is waiting for a go-ahead from the scientists.”

While the steeply-priced Pfizer vaccine has already got emergency authorisation from UK and vaccination there is set to start next week, Prime Minister Modi indicated that his government is likely to wait for a vaccine that is made in India. “The world is looking at a cheap but effective vaccine against Covid-19. The world is looking at India. You can be assured our scientists are working hard. Eight Covid vaccines are at different stages of preparedness in India. This includes the three Indian vaccines that are at different stages of trials.”

The Prime Minister also added that teams of Central and state governments are working together for vaccine distribution.

The PM, for the first time, also laid down the principles of vaccine administration. “The first priority would be given to healthcare workers, frontline workers and old people with comorbidities.”

He also told the parliamentary leaders of different parties that India has the best expertise and capacity in vaccine distribution—indicating the existing vaccine network of universal immunisation. “We have a large and experienced network in vaccination. We will fully use it.”

The expansive network of India’s long-standing universal immunisation programme will provide the crucial logistical support for the government for administering Covid vaccines next year, HT had reported on Monday.

Officials involved in the planning told HT that they expect the existing infrastructure and human resources would be sufficient to vaccinate the first 30 million Indians or the priority groups 1 and 2. But India might need to substantially beef up its capacities if it needs to give vaccines to the priority group of aged population.

“Out of the 239,000-strong force of vaccinators of the existing immunisation programme, at least 150,000 workers would be used for administering Covid vaccines to the first two priority groups tentatively from January to March, 2021,” said a top government official.

“Similarly”, the officer added, “the existing 29,000 cold storage chains would be enough to store and distribute 60 million vaccines required for the two priority groups during this period.”