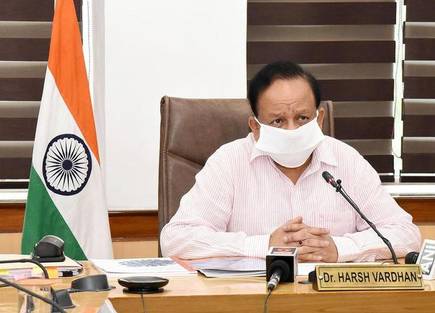 Union Health Minister Harsh Vardhan said Thursday that while a vaccine could become available by the beginning of year 2021, it would still take time to reach everyone. Following distancing norms was the most important social vaccine against Covid-19 at the moment.

Harsh Vardhan was speaking at the Rajya Sabha wherein members raised various issues, including the availability and affordability of a vaccine for the coronavirus disease.

Defending the government’s handling of Covid-19, Vardhan said that even before they found the first case in India, they had started steps to counter the pandemic.

On January 8, the matter was discussed with expert groups and on January 17, efforts were initiated towards detailed health preparedness and advisories were issued, he said. The first case was reported on January 20—a medical student who came from China. For that first case, 162 contacts were followed, he said.

Harsh Vardhan also said the country had come a long way from the point when people on TV channels said there was a shortage of PPE kits, testing kits and masks; there were hundreds of labs across the country now, and no discrimination against any state.

He added that when the pandemic broke out, even “advanced countries like United States of America were trying to learn about it”. Migrant labour faced difficulties, but the government tried to provide all facilities—64 lakh migrant labour were provided train and buses, he said.

Vardhan said clinical trials were being held for the Bacillus Calmette–Guérin (BCG) vaccine and there were vaccine candidates that had arrived at stages I, II and III.

“We hope that by the beginning of the next year 2021. We will get a vaccine. We are also coordinating with World Health Organization (WHO) and other bodies. We are among the few countries that have managed to isolate the virus. There are around 40,000 samples that are being studied,”.

He, however, added that even after the vaccine is ready, it will not be immediately available to everyone.

“We have to break the chain of transmission. The mask is our greatest protector. After the lockdown was eased, people felt the virus had been controlled. But we need to follow hygiene protocols, continue distancing and wear masks. The transmission is taking place because of our carelessness. We should consider wearing a mask and maintaining a two-yard distance from other people as the best social vaccine,” Vardhan said.

Vardhan also said that compared to India, the number of cases as well as deaths in US and Brazil was much higher. He said even India’s recovery rate had risen. Only America carried out more tests than us, he said.