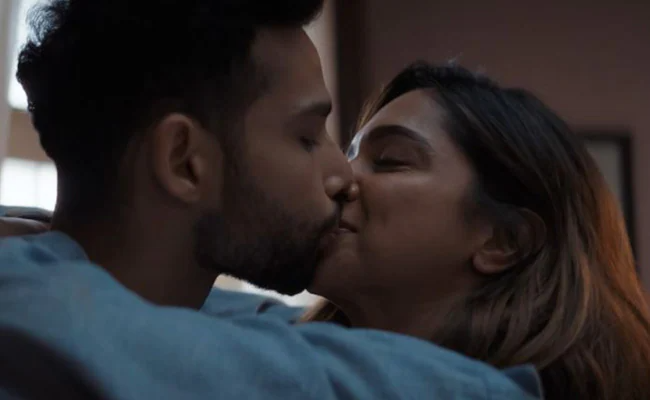 Deepika Padukone has e down a good established for herself as one of the most prominent actresses in the Hindi entertainment world. She is at present promoting her upcoming film Gehraiyaan, which will stream online from February 11, 2021. In the film, there are a couple of intimate scenes that have caught everyone’s attention and now, Deepika Padukone has spoken about them. While conversing with Etimes, she said that the cozy scenes in the film are not to “titillate or to excite the audience.” Gehraiyaan also stars Ananya Panday, Siddhant Chaturvedi, and Dhairya Karwa in key roles. The film has been directed by Shakun Batra.
Gehraiyaan is based on the concept of modern-day relationships and infidelity. In the film, Deepika Padukone’s character Alisha and Siddhant Chaturvedi’s character Zain cheat on their respective partners and also share some intimate scenes.

Discussing the close scenes, Deepika Padukone told Etimes, “I won’t attribute it to age and even to gender. If that’s something happening generically, then I would say, fine. But I wouldn’t say that younger filmmakers have a certain sensibility or that female directors have a certain sensibility, I would attribute it from person to person. And I would 100 percent say that, if a film like ‘Gehraiyaan’ wasn’t in the hands of a director like Shakun, either I would do the film and not be able to submit to it, in the way I have. If the director insisted it had to be done a certain way, then I would probably just excuse myself from it.”

Deepika Padukone added that a lot of things that she was has been able to do in the film depend on the “comfort and trust” that she has in Shakun Batra. “If there’s intimacy, you know that it’s not to titillate or to excite the audience. It’s coming from a very authentic place of what the characters are experiencing and what the film requires. If the film was in anyone else’s hand, then in all probability, I wouldn’t have done it. I would probably push back on certain things,” added Deepika Padukone.

Apart from Gehraiyaan, Deepika Padukone also has Fighter with Hrithik Roshan, Pathan with Shah Rukh Khan, and Nag Ashwin’s next with Prabhas.