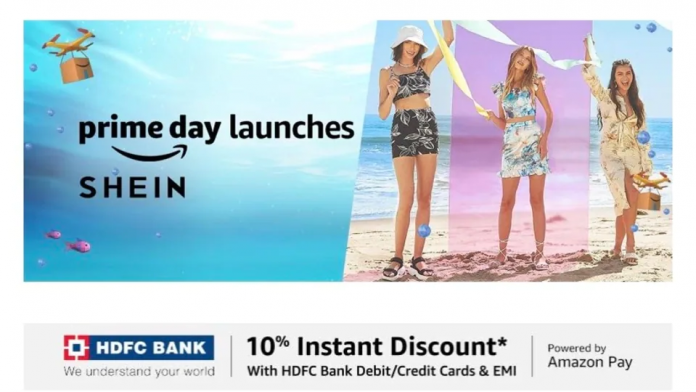 Shein was one of the Chinese apps that got banned last year along with the likes of PUBG Mobile due to data security issues. While PUBG Mobile managed to make a comeback in the form of Battlegrounds Mobile India, apps like Shein haven’t figured out a way to get back in. Shein is known for its super affordable clothes and it was really great news for most fashion lovers when they learned that Amazon would be selling Shein products as a part of its Amazon Prime Day Sale this year.

However, it’s not going to go as smoothly as one would like. The Delhi High Court has issued a notice on a Public Interest Litigation (PIL) seeking direction to the Ministry of Electronics and Information Technology (MeitY) to take “appropriate steps to ban, suspend, regulate” the sale of Shein products through Amazon. The PIL moved by Ananttika Singh sought direction to the Union of India to “appoint a third-party committee at the cost of Amazon.in to make audits on the flow of data of the Indian consumers to Shein”.

The good thing for Amazon, however, is that the bench of Justice DN Patel and Justice Jyoti Singh refused to put an interim stay on this and have slated the matter for August while seeking a response from the Union of India and Amazon. The petition was filed through Advocates Preet Singh Oberoi and Amer Vaid and it has also sought a court direction to Amazon to “partially suspend all partnership with Shein till the time Amazon can assure the Government of India that no data is shared in any form with Shein to the satisfaction of the Ministry Information”.

Senior Advocate Vivek Raj Singh appearing for the petitioner stated that “the temporary ban was premised on the undisputed finding, that the data collected by ‘Shein’ of its Indian customers was being used in a manner that was prejudicial to the interest and sovereignty of India”. Singh also argued that in January this year the ministry permanently banned the Shein mobile app from operation in India so it is an “undisputed fact” that the operation of the Shein brand and its products is also banned in India.