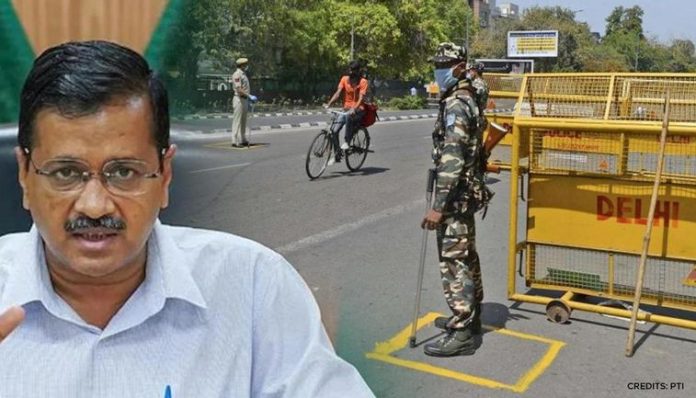 The continuous lockdown in Delhi has been extended one more week, with the national capital still showing a high positivity rate despite a marginal drop in the daily coronavirus figures. Making the announcement at noon, Delhi Chief Minister Arvind Kejriwal said: “Coronavirus still continues to wreak havoc in the city. Public opinion is that lockdown should increase. So the lockdown is being extended for one week”.
There is 36 per cent to 37 per cent positivity rate, which was not there before, the Chief Minister said.

There is 36 per cent to 37 per cent positivity rate, which was not there before, the Chief Minister said.

On Thursday, the city had recorded an positivity rate of 36.24 per cent — the highest since the pandemic reached. While it dropped to 32.27 per cent last evening, the number of fatalities reached a record high of 357.

The numbers of cases, however, dropped from a week ago’s 28,000-in addition to a day to more than 24,000 – a high caseload that has kept the city’s hospitals at a breaking point, with a galloping crisis of beds, drugs and oxygen.

“While we have failed to deliver oxygen at some places, in other places we have succeeded… the situation should be under control in the coming few days,” the Chief Minister said.

Right now, however the Center has increased Delhi’s oxygen share again from 480 to 490 metric tons, the access issues remain. “”The requirement is 700 metric tons and what’s reaching us is 330 to 335 metric tonnes only,” he said.

To get ahead of the curve, the Delhi government has started a portal for oxygen management. This will record the status of supplies from the manufactures to the hospitals every two hours, he said.

Hospitals will have to give their consumption data in the last two hours and the supplier has to tell how much was supplied in that period, Mr Kejriwal explained.

Aside from the central government, Delhi is attempting to find support from each quarter, Mr Kejriwal said.

“I have written a letter to all the Chief Ministers of the country yesterday. If you have any possibility of oxygen, then let us know. Negotiations have started with some states and I will tell you when any positive results will come,” Mr Kejriwal added.