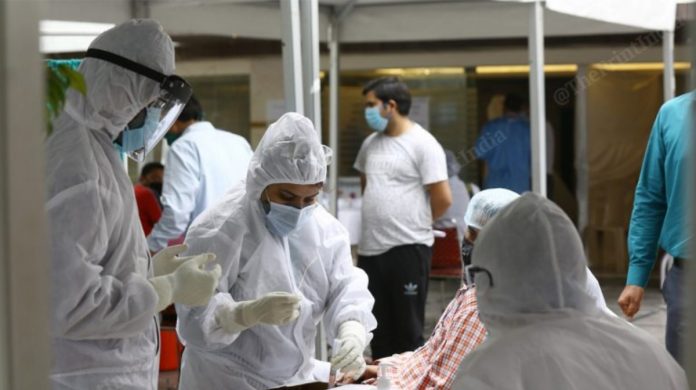 Delhi recorded 487 fresh cases of coronavirus today, lowest since March 16. The positivity rate, number of positive cases identified per 100, stood at  0.61 per cent. 45 patients died due to the disease in the last 24 hours in the capital.

As the deadlier second wave of the infections spread across the country, Delhi began witnessing a rise in the number of daily cases and deaths from April 19. It reported the highest single-day spike of 448 deaths on May 3.

However, there is a declining trend in the number of cases and deaths over the last several days.