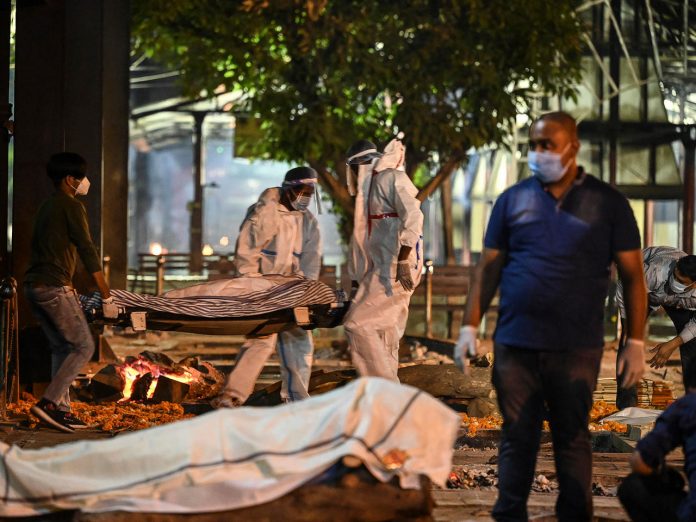 With more than 350 passings being recorded in recent days, Delhi has less and less space to incinerate its dead. To such an extent that new facilities, even if temporary, sites are being developed to cater to the pandemic’s increasing number of victims.
Today, Delhi recorded 350 deaths, yesterday it was 357, and 348, the day before that. The average number of COVID-19-related deaths in the past week was 304.

At the Sarai Kale Khan cremation site, for example, around 60-70 dead bodies are being taken care of consistently, because of the deadly second wave. The facility, however, has limit with respect to just 22. Presently, in any event 100 new platforms are being raised in the green space near it in anticipation of an even higher caseload.

“There is a lot of pressure to complete the construction of these new platforms,” said a person connected to the facility.

Pashupati Mandal, a contractor in charge of raising the new platforms said, “Some 20 of these will be ready by night. Another 80 will come up in some more days.”

The staff at the crematorium is overworked. To such an extent that the family members of the dead need to help in seeing through the processes, including by doing some manual work like moving firewood and making other arrangements.

The situation is as sombre in Delhi’s other 25 crematoria and burial grounds run by three of its municipal corporations.

Many cities and administrative bodies in India are facing this land crunch in the wake of a tidal wave of Covid-related deaths. A few days ago, the Revenue Minister of Karnataka R Ashoka told NDTV that the government had initiated the process of identifying and developing land to set up temporary crematoria, especially on the outskirts of state capital Bengaluru.

This shortage of land for last rites only adds to the already dark conditions wrought by the pandemic, with key commodities and items like oxygen, medicines, vaccines, and even hospital beds in an acute short supply across the country.