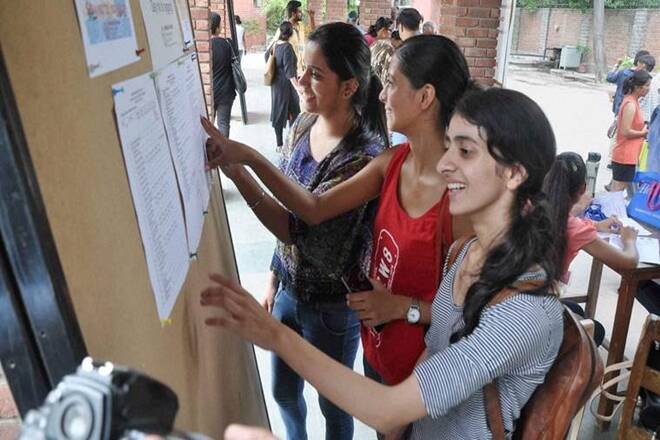 Following a record-breaking number of admissions under the first cut-off list this year, 61 Delhi University colleges are set to begin the second round of merit-based admissions to its undergraduate courses from Monday.

Over 34, 800 students had taken admissions under the first cut-off for the 70,000 undergraduate seats offered by the varsity. Last year, this figure stood at around 23,000. At over 354,000 applications, the university had also received its highest-ever number of applications this year.

Admissions under second cut-off will begin on Monday, 10am, and will continue till Wednesday, 5 pm. Applicants can, however, pay the fee till Friday night. Dean (Admissions) Shobha Bagai said, “We had anticipated a higher number of students taking admissions this year due to several factors. This is why we have extended the hours for the admission and payment process.”

The university’s admission team has advised students to pay the fee early so that errors in the payment process, if any, can be rectified before the deadline is over. HT had earlier reported on how students had reported errors while trying to pay the fee through the university portal till the last day of payment under the first cut-off list.

Executive council member Rajesh Jha, who teaches at Rajdhani College, had told HT, “Carrying out admissions under the first cut-off list is relatively less complex. In the subsequent lists, students would want to cancel their admission in one college and take admission in another and doing all that within a three-day window is more of a challenge.”