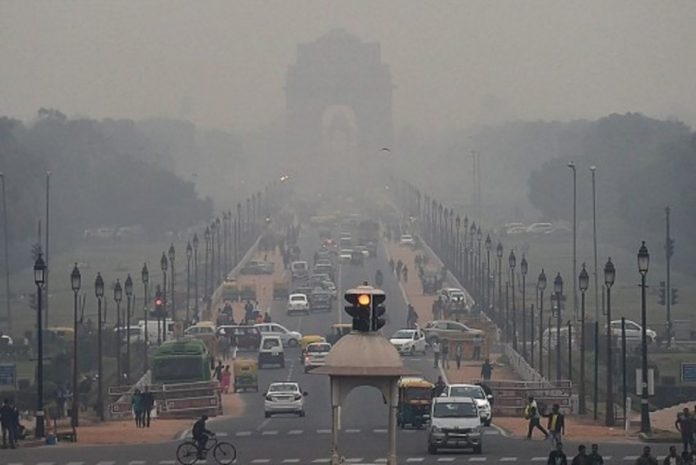 Air quality in Delhi plunged to the far end of the “poor” category on Friday morning. The city’s air quality index (AQI) reading at 6am was 290, higher than the average AQI reading of 283 recorded on Thursday. Government agencies had on Thursday forecast that air quality may deteriorate slightly and may touch the lower end of the “very poor” zone on November 20-21.

As per the System for Air Quality and Weather Forecasting and Research (Safar), the union ministry’s air quality forecasting wing said air quality may touch “very poor” on Friday and may improve marginally on Saturday. It attributed the deterioration in air quality to a rise in the contribution of stubble fires to the city’s PM 2.5 levels.

“The wind direction is north-westerly and is bringing fumes from stubble fires in neighbouring Haryana and Punjab,” the Safar bulletin had stated.

The contribution of stubble-burning to the city’s PM 2.5 levels was estimated to be 20% on Thursday, up from 8% the previous day. The deterioration is despite the average wind speed being around 10-15 kmph, which is favourable for the dispersion of pollutants.

Scientists at the India Meteorological Department (IMD) said that the rise in fire count and a dip in temperature both could be the reasons behind deterioration in air quality.

Delhi had recorded the lowest minimum temperature of the season on Thursday — 9.4 degrees Celsius, three notches below normal. It is mainly because of cold winds blowing from the snow-clad Himalayan region. The maximum settled at 25.6 degrees Celsius, two notches below normal. “The minimum temperature may fall further over the weekend. However, wind speed is likely to remain high until November 21,” said a senior IMD scientist.