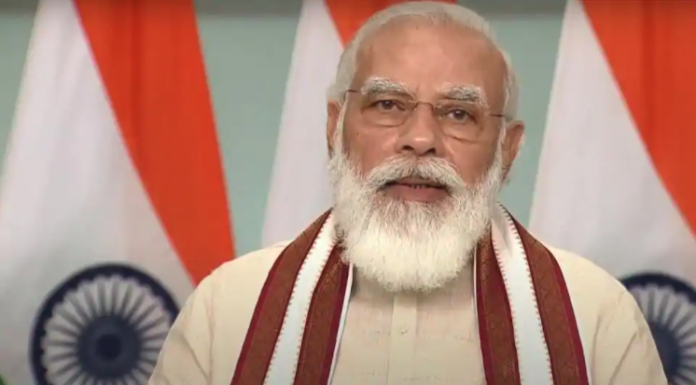 Prime Minister Narendra Modi said on Saturday the Centre’s flagship housing scheme for the rural poor does not just provide homes to them but also gives them confidence as he initiated more than one lakh houses in Madhya Pradesh.

PM Modi was speaking during the virtual ‘grih pravesh’ or housewarming event for those who have built homes with assistance under the Pradhan Mantri Awas Yojana (PMAY).

“I spoke with many who have got their pucca houses today and have got their dream home. Now 1.75 lakh families of Madhya Pradesh, who will have their own homes today. I also congratulate them and wish them all the best,” PM Modi said.

These house were completed in only 45 to 60 days during the Covid-19 pandemic, he added.

“This day also reinforces the belief of crores of citizens that there are government schemes made with the right intention do become a reality and reach their beneficiaries. I can feel the satisfaction and confidence among those who have found their home today,” he added.

He also addressed to several beneficieries during the event which was attended by Madhya Pradesh chief minister Shivraj Singh Chouhan.

Officials had said Chouhan had transferred online a cumulative amount of Rs 102 crore, which was the fourth and last installment of home finance, to 68,000 beneficiaries, on September 8. He had said that 17 lakh homes out of 20.30 lakh have been completed under the rural component of PMAY, and the target for 2019-20 was to build 6 lakh homes, of which 3.45 lakh have been completed.

Under the Pradhan Mantri Awas Yojana (PMAY), which is an upgraded version of the United Progressive Alliance (UPA)-era Indira Awas Yojna, 17.2 million houses have been completed since 2014, after Modi came to power at the Centre.

The scheme not only helps the rural homeless population get pucca houses, it also generates work, as long as 90 days of work under the Mahatma Gandhi National Rural Employment Guarantee Act (MGNREGA), 2005, is required to build one house.