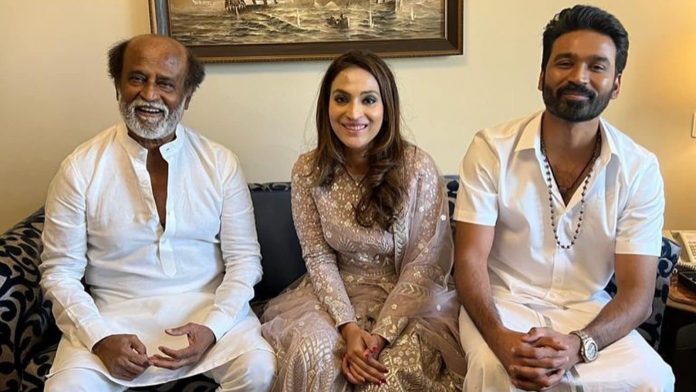 Actor Dhanush today announced that he and his wife Aishwaryaa have chosen to separate after “18 years of togetherness as friends, couple as parents and well-wishers to each other”. Aishwaryaa, the elder daughter of Megastar Rajinikanth, is a film director and playback singer.

Taking to Twitter to announce the separation, the actor stated, “18 years of togetherness as friends, couple as parents and well-wishers to each other. The journey has been of growth, understanding, adjusting, and adapting. Today we stand at a place where our paths separate. Aishwaryaa and I have decided to part ways as a couple and take time to understand us as individuals for the better.”

Aishwaryaa, as well, put out a similar statement on Instagram with the caption: “No caption needed… only your understanding n your love necessary!” She signed off the post as Aishwaryaa Rajinikanth.