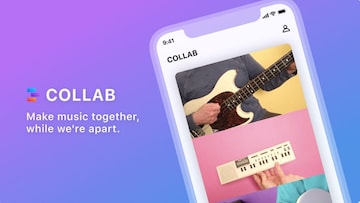 TikTok which has become one of the most famous entertainment platforms to make short videos all around the globe took no time to be famous. Billions of people love using tiktok. Taking this as an opportunity, even Facebook took its diversification one notch up by creating a similar application.

This application is called ‘Collab” and will definitely act as a rival to the Chinese app, Tiktok. Collab is currently under testing and screening process under Facebook’s New Product Experimentation lab.

The application will only be available on iOS for now. This application will allow the users to mix and match sounds in a trio to create a synced video content. It also has the feature to work, or collaborate with each other.

The official blog of the company wrote, “With Collab, we’re leveraging technology to help people unlock creative superpowers by collaborating on original music videos from anywhere. In light of so many folks sheltered in place around the world, we’ve expedited this release.”

The app gives you the option to either record your own sound and act a video on it or to choose from a variety of pre recorded compositions. This application is very much similar to tiktok.

A spokesperson of the company said about the app, “Digital spaces can connect us when we can’t be together in person, and Collab is a new way to create together,”

The question now arises that will Collab be able to beat the good old Tiktok? There have been other applications who have joined the competitions quite well but couldn’t be successful enough. However, Facebook, a system already reputed for social media can expect a change in the taste and preferences of the choice to Collab. It has one of the best marketing teams to.

Even an Indian student hailing from IIT has made a similar app to tiktok called Mitron which got a huge response from public. On the very first day, the Google Playstore installation went as high more than 5 millions. Various other apps like Dubsmash and Likee couldn’t make it being as famous as tiktok. Facebook might have high hopes with tis one.

Being inspired by the Zoom app, the company had built Messenger Rooms that did similar functions to that of Zoom. It has also launced an audio calling app called CatchUp this Tuesday. Seems as if the RND team is quite active and the company wants to diversify in whatever ways possible.