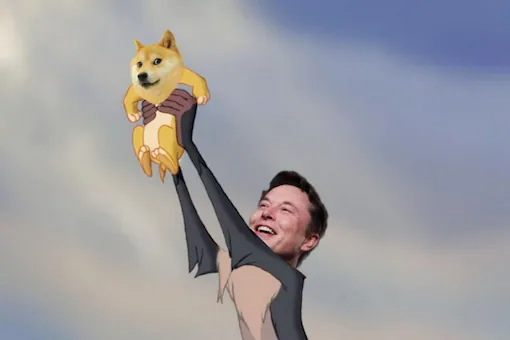 Elon Musk is once again at supporting his number one digital currency: Dogecoin. His tweet comes after the billionaire entrepreneur, Shark Tank star, and the owner of Dallas Mavericks Mark Cuban called the meme coin the strongest medium of exchange in the cryptocurrency world. Cuban has been known as a fan of Dogecoin and he frequently shows his help on Twitter. Be that as it may, nothing can outperform the Tesla and SpaceX CEO’s energy for virtual currency. Musk agreed with Cuban’s views. Answering CNBC’s tweet expressing, “Mark Cuban says Dogecoin is the ‘strongest’ cryptocurrency as a medium of exchange,” Musk tweeted, “I’ve been saying this for a while.” His point is made. No one can deter Mr. Musk anymore.

Bloomberg editor Ed Ludlow replied, “The question is why is it the strongest Elon Musk?”

Billy Markus, the co-creator of Dogecoin, which is said to have been started just for fun, also replied to Elon Musk’s tweet under the handle Shibetoshi Nakamoto. He wrote, “I also agree with this in a very totally unbiased way.” We see what he did there.

Other users put pressure on Musk to actively lead Tesla to accept Dogecoin.

Musk’s tweet has gotten more than 26,000 likes and 4,000 retweets within four days. Policy strategist and entrepreneur Erich Reimer answered to him with only a single word, Should we take it as his support for Dogecoin? Perhaps we should.

Dogecoin supporters seem to have been torn about the choice to help or disregard the digital currency of late. A lot of them have been quite distressed about its performance — and that of the Cryptocurrency market — over the last many weeks. As it actually keeps on going through a low phase, supporters often muse over the future implications of their investments. However, the Tesla and SpaceX CEO continues to actively support it with tweets and memes — not to forget his SNL appearance as ‘Dogefather’. Dogecoin price in India as of August 17 was around Rs. 26.