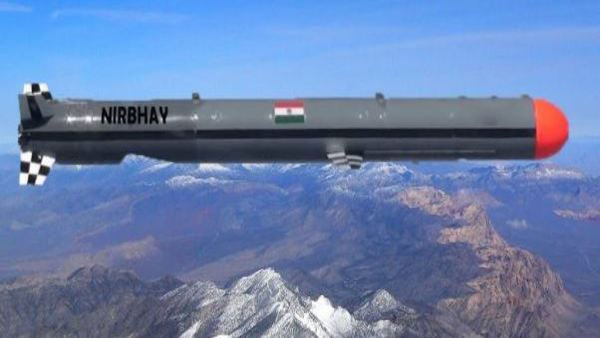 The Defense Research and Development Organization (DRDO) on Monday launched the 800-km range Nirbhay cruise missile from Odisha’s test facility into the Bay of Bengal but decided to abort the trial a few minutes later.“The missile was fired at 10.30 am from the testing facility,” a government official told Hindustan Times. “But the missile developed a snag and the trial was aborted 8 minutes later,” the official said.after the fact,” the authority said.

Nirbhay was the 10th missile to be fired by the DRDO during the last 35 days, an average of a missile every four days. India’s emphasis on fast-tracking development and deployment of the new-age stand-off weapons is a response to China’s mobilisation of troops and support elements in the East Ladakh sector. People familiar with the matter said the DRDO would conduct another trial in a few months that would pave the way for the missile’s full-fledged induction into Indian military and deployment on the borders.

A Limited number of Nirbhay missile had been moved before to the border with China before Monday’s eighth round of test firing. Nirbhay is a subsonic missile, flying at a speed of 0.7 Mach, with sea-skimming and terrain-hugging capability that helps the missile stay under enemy radar to avoid detection. The missile has a loitering capability that allows the delivery platform to manoeuvre mid-flight and at the end to hit the target. The missile’s launch is powered by a solid rocket booster developed by DRDO’s Advanced Systems Laboratory, which unlike liquid propellant, are easier to handle.

The conventional warhead missiles, capable of deep penetration to strike high-value targets with precision, are launched from mobile platforms. Mondy’s tests were conducted as part of an effort by the DRDO to expedite development of missiles along the LAC amid the stand-off with China’s People’s Liberation Army at multiple points in East Ladakh. Officials said scientists needed to analyse the data generated during the tests to figure the tweaks that may be needed to be carried out.