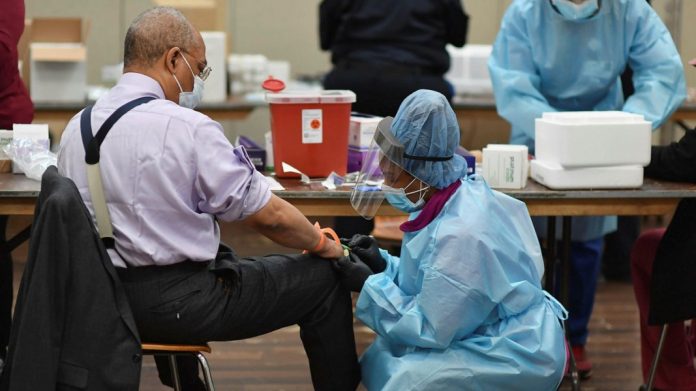 Why mismatch in death ratio of the COVID patients in the National Capital?

At present National capital has around 38,958 confirmed cases with a death toll of 1,328, now Delhi comes under the top-3 worst states in India after Maharashtra and Tamil Nadu. As the confirmed cases in Delhi are skyrocketing day after day so are the death rates but as the country succumbed under the virus capital is also facing discrepancies of COVID-19 patient death toll.

As these figures are duly maintained by the Delhi Government and the three municipal corporations of the city, once again came to fore on Thursday, with the civic bodies releasing consolidated data of cremations and burials conducted under COVID protocol. As a matter of fact, the death rate maintained by the Delhi government has also nearly doubled between June 1 and June 11 – increasing from 523 to 1,085. But the Municipal bodies, which are governed by the BJP, claims more than 2000 funeral of COVID positive patients has taken place in the capital so far.

When did the first mismatch was reported?

MCDs on Thursday presented their claims in a joint press conference by mayors and standing committee head of the North, south, and East Delhi Municipal corporation, firstly reported the discrepancies in the month of May itself. Around the second week of may the official death toll was around 66, data separately released by the hospitals had shown as many as 116 people had actually succumbed to the infection. Chief Secretary Vijay Dev, on May 10, had issued an order, saying “both public and private hospitals are not reporting the deaths of positive cases of COVID-19 in a timely and regular manner”.

Why such mismatch? and when did MCDs enter the picture?

After the first mismatch was reported, on May 16 Delhi health Secretary Padmini Singla wrote to the civic bodies, seeking details of cremations and burials of the people who either had or were suspected to have Covid-19 at Nigambodh Ghat and Punjabi Bagh crematorium and the ITO graveyard of bodies.

As the official report from the Delhi Government was showing discrepancies of the positive Covid-19 patients and suspected patients’ death rate MCDs then had to intervene in this matter. MCDs replied saying there had been 426 crematoriums or burials of COVID positive persons at six designated cremation/burial grounds until May 16. The official death toll was 194 at that point.

Later on May 19, Health Secretary Singla once again flagged the delay in reporting deaths on the part of the hospitals. She wrote to the District Magistrates and all hospitals observing that “health care facilities in Delhi are not timely reporting death of COVID positive persons as per the Standard Operating Procedures (SOPs)” She restated that the hospital hospitals must report every death to the Death Audit Committee constituted by the state government on April 20.

The Death Audit Committee has three members– with Dr. Ashok Kumar, former Director-General of Health Services as chairperson and Dr. Vikas Dogra and Dr. RN Das as members— has been tasked with auditing “daily each and every death in which the Covid-19 test is positive in government and private hospitals before releasing data”.

Delhi Health Secretary Singla also added that “despite repeated reminders, the death summaries of the deceased patients are not being provided to the Death Audit Committee, resulting in incorrect/delayed reports being submitted.”

What SOP do the Hospitals?

Under the guidelines, the Hospitals are expected to report all death cases, along with scanned copies of case summary, medical files, and other relevant data with the committee by 5 pm every day. The hospitals have also been directed to appoint nodal officers just for this purpose. The audit committee is expected to meet at 5:30 pm for examining the reports and declare after “due diligence death due to Covid-19 or otherwise”. If the hospital does not send its report on any given day, the sate officer has been allowed to directly contact the management of the particular hospital immediately. If even then it does not work, then the Director-General of Health services is expected to intervene.

Responding to the discrepancies in COVID-19 death figures in the National Capital, on Sunday he said that the mismatch is because several hospitals fail to send a detailed summary of deaths to the Delhi government.The government has now directed some hospitals to provide a detailed summary within 24 hours of the deaths to resolve the issue, Jain said.

Many hospitals report deaths but don’t send summaries. We have directed all hospitals to send detailed summaries within 24 hours of the occurrence of deaths. This issue is due to summaries,” Delhi Health Minister Satyendar Jain told on COVID-19 death figures mismatch in the national capital.