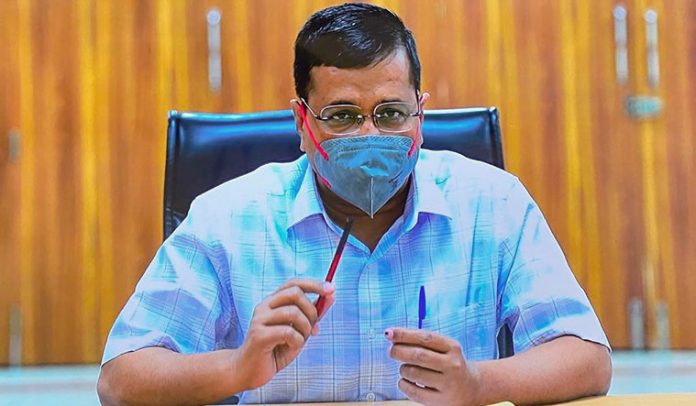 Delhi CM Arvind Kejriwal on Monday pummeled Punjab CM Captain Amarinder Singh expressing that from the beginning he was standing on the support of the farmers.

In a tweet in Hindi, refering to a media report Kejriwal stated, “Captain ji from the beginning I am standing with the farmers. I fought with the Centre and did not allow the stadiums in Delhi to become jails. I am serving the farmers.”

Leveling claims against the Punjab CM, Kejriwal asked, “You have done setting with the Centre to get the ED case on your son forgiven, sold the farmers agitation? Why?”In another tweet, Kejriwal said, “Fast is pious. Wherever you are, do fast for farmers. Pray to God for the success of their struggle. In the end, the victory will be of farmers.”

Earlier, Punjab chief minister had targeted his Delhi counterpart Kejriwal for exploiting the ongoing agitation of the farmers to further the Aam Aadmi Party’s (AAP) petty electoral agenda in Punjab with “blatant lies and brazenly false propaganda”.Cornering Kejriwal, the Punjab chief minister went on to call the AAP chief a “shameless liar”.

“In sharp differentiation to the Kejriwal government in Delhi, which had been flourishing with Ambanicrumbs and had been touting its power reforms under the Reliance-run BSES as its biggest achievement, the Punjab government had neither consented to any arrangement with Adani Power nor was even aware of the private players offering for power buy in the state,” Captain Amarinder said in an official release.

Reacting to Kejriwal’s declaration that he will hold a one-day fast in support of farmers, the Punjab chief minister quipped: “In fact, the Kejriwal government that was shamelessly notifying one of the “black farm laws” on November 23, at a time when farmers were preparing to march to Delhi to protest these very farm laws. And now they are indulging in theatrics by announcing that they would be sitting on fast in support of the farmers’ hunger strike on Monday.”

farmers have been protesting outskirts of Delhi since November 26 demanding the government repeal the newly enacted farm laws. However, the government has held six rounds of talks with farmers’ organizations including the meeting called by Union home minister Amit Shah offering changes to the laws and written assurances.