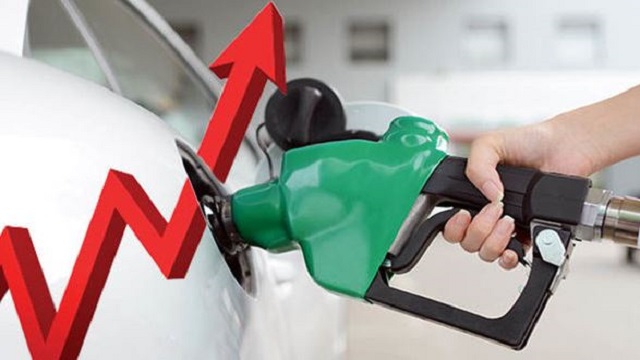 Fuel costs were increased again on Tuesday for the seventh time over the most recent eight days. In Delhi, petrol rates were hiked by 80 paise a liter to cross the ₹ 100 mark and diesel by 70 paise a liter, according to a price notification of state fuel retailers.
A liter of petrol in the national capital will now cost ₹ 100.21 as against ₹ 99.41 previously, while diesel will be sold at ₹ 91.47 from ₹ 90.77 per liter earlier.

In Mumbai, petrol will be retailed at ₹ 115.04 per liter, while diesel will be sold at ₹ 99.25 per liter. Among the metro cities, fuel rates are still the highest in Mumbai. The prices vary across the states due to value-added tax (VAT).

Fuel rates were held steady for over four months regardless of the spike in crude oil prices. The rate revision had ended on March 22.

Moody’s Investors Services last week stated that state retailers together lost around $2.25 billion (Rs 19,000 crore) in income for keeping petrol and diesel costs on hold during the election period.

The rates were kept waiting in the midst of the get-together races in Uttar Pradesh, Punjab, Uttarakhand, Goa, and Manipur.

CRISIL Research said a ₹ 9-12 for every liter expansion in retail cost will be expected for a full pass-through of a normal $100 per barrel unrefined petroleum and ₹ 15-20 a liter climb on the off chance that the normal raw petroleum value ascends to $110-120.

State-run oil refiners such as Indian Oil, Bharat Petroleum, and Hindustan Petroleum revise the fuel rates on a daily basis, by taking into account the crude oil prices in the international markets, and the rupee-dollar exchange rates. Any changes in petrol and diesel prices are implemented with effect from 6 am every day.