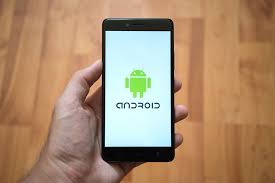 Google and Qualcomm have held hands to work on Project Treble that Google announced back in 2017 to ensure faster rollout of Android updates. The partnership will prompt all new Qualcomm mobile chipsets to help four Android OS versions, and four years of security updates.

Google’s Project Treble with Qualcomm will start with the most recent Android 11 and the versions that follow. This will ensure that phones powered by the new Qualcomm Snapdragon chipsets will have easier access to the latest Android version and up to three Android OS versions. It will likewise ensure security updates for a very long time.

“All Qualcomm customers will be able to take advantage of this stability to further lower both the costs of upgrades as well as launches and can now support their devices for longer periods of time,” Google said in a blog post.

Google added that it will reuse the same OS framework software on Qualcomm chipsets. The reason behind this is that it “dramatically lowers the number of OS framework and vendor implementation combinations that Qualcomm has to support across their mobile platforms and results in lowered engineering, development, and deployment costs.”

According to a report by Ars Technica, Google is starting this with the new Qualcomm Snapdragon 888 chipset. The same will be seen in low-end devices as well, and it will not be restricted to only flagship devices.

Android smartphones have had the problem of slow software updates. This has improved greatly in the recent years but there’s still a long way to go. With Qualcomm powering most of the smartphones in budget and flagship segments, this would definitely help Android updates reach more users.