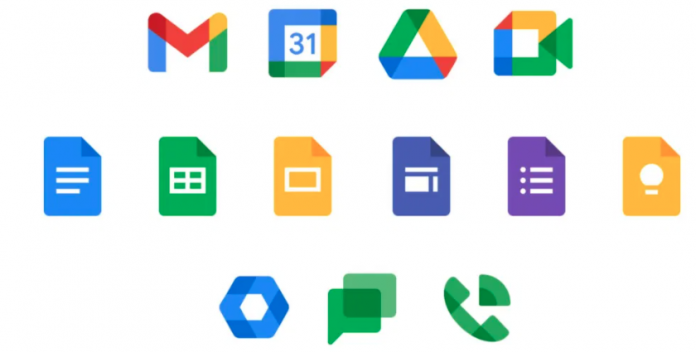 Google announced earlier this month that it is rebranding G Suite to Workspace. The rebranding gives a new look to Google apps such as Drive, Gmail, Docs and more. The new changes are starting to reflect with the new Gmail and Drive logos showing up starting to roll out.

The latest version of Gmail for Android brings the new logo. The new icon is however visible only on the homescreen, according to a report by 9to5Google. It isn’t visible anywhere else in the Gmail app for now. The report adds that some users are seeing the new Gmail logo in its web version as well.

Gmail along with other Google apps now look more alike with a similar logo design. Google has removed the iconic envelope in the new logo which now features an emphasised letter ‘M’ with Google’s trademark colours of blue, red, yellow, and green.

Google Drive has possibly received the smallest makeover in the redesign. The new Drive logo looks almost indistinguishable from the original. The Google Drive app on Android has started showing the new logo in the latest update. It’s visible on the homescreen, splash screen and the status bar as well. The web version of Drive is also showing the new logo but the old one is still visible too.

It looks like Google is slowly rolling out the new logos so it will take some time before everyone gets it. Along with a fresh look, these Google apps are also receiving new features such as previewing the content of a link without leaving the original document, improvements in mention, and more. Google’s move behind the rebranding is to improve cross-app collaboration than before.