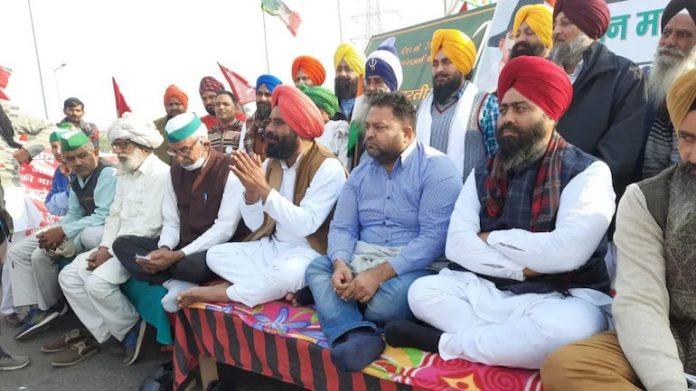 The Union agriculture ministry on Thursday wrote to farmers’ unions, once again inviting them for the sixth round of talks at a “date and time of your choosing,” news agency ANI reported. The ministry letter came a day after the protesting farmers dismissed its previous proposal in such manner, saying that no negotiations will take place till the government “draws up a new agenda.”

The letter, signed by Vivek Aggarwal, joint secretary in the agriculture ministry, referred to the letter sent by the farmers’ unions to the government on Wednesday, rejecting its previous proposal. The letter reiterated the government’s commitment to reach “logical solutions” to all the issues raised by the protesting farmers. adding that it was pivotal for the the government to keep negotiations open with various farmers’ organisations of the country. “The government has, respectfully and with open mind, held several rounds of talks and has also proposed to hold the next round of talks at your convenience,” the letter further stated.

It also talked about various objections raised by the farmers’ unions, including on the Minimum Support Price (MSP), and the points discussed between the two sides in five rounds of meetings thus far, including one each on December 1, 3 and 5. “I would once again like to stress that the government has spoken to you with open mind on the issues raised by you and is ready to do so in future as well. Please let us know the date and time, as convenient to you, for the next round. The discussion will take place at Vigyan Bhavan, New Delhi, with a ministerial-level committee,” the letter concluded, quoting Aggarwal as saying.

The government had earlier written to the farmers’ unions on Sunday, inviting them for the sixth round of talks as per their convenience. The anti-farm law protests entered day 29 on Thursday.

Earlier in the day, a delegation of three Congress leaders, including Rahul Gandhi, met President Ram Nath Kovind, seeking his intervention to repeal the three laws. Several other Congress leaders, including Priyanka Gandhi Vadra, were detained by the Delhi Police as they tried to march to the Rashtrapati Bhavan despite permission being granted to only three party leaders to meet the President.