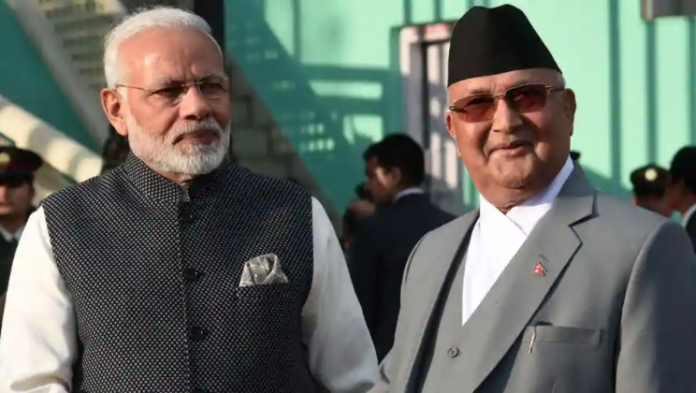 Army Chief General MM Naravane, who travels to Nepal this week to be conferred the honorary rank of general of the Nepali Army, will meet Prime Minister KP Sharma Oli on November 5. The meeting, being described as crucial, could lead to resumption of foreign secretary-level dialogue between the two countries, people familiar with the matter said.

New Delhi had paused talks with the Himalayan nation’s communist government earlier this year after its parliament cleared a new map in June this year that incorporates Indian territory near its border with China. The move, believed to have been backed by China’s communist party, was an effort by KP Sharma Oli to whip up ultra-nationalistic sentiments in Nepal to consolidate his hold on the party and the government.

Over the last few months, the two neighbours softened their posture and attempted to reboot ties. In September, PM Oli decided to stop distribution of next school textbooks that had been published with the country’s revised political map.

In October, PM Oli cleared Gen Naravane’s three-day visit starting November 4 and removed deputy prime minister Ishwar Pokhrel from the defence ministry. Pokhrel, seen as a sharp and consistent critic of India, was believed to have been reluctant to host Gen Naravane.

“If the conversation goes as well as expected, India will reciprocate with resumption of the foreign secretary-level talks and a meeting of the Joint Technical Level Boundary Committee,” a top government official said.

Research and Analysis Wing chief Samant Kumar Goel who made a quiet visit to Nepal last week held one round of talks with PM Oli where both sides emphasised the civilisational, cultural and multi-faceted friendly relations with the two countries.

Over the weekend, PM Oli, who is confident of getting the numbers to stay in power, is learnt to have made it clear that he wanted the merged party to split rather than cede control to buy peace with detractors led by Pushpa Kamal Dahal.

The intra-NCP struggle, which had been simmering for months, erupted after PM Oli appointed three ministers in his cabinet without consulting Dahal with whom he shares the post of NCP co-chairman. A peace pact agreed to by the two sides earlier mandated that consultation with the party.

But PM Oli refused to abide by this agreement and is seen to have engineered a rebellion in the Province 6 government run by chief minister Mahendra Bahadur Shahi, a confidant of Dahal. A vote of no-confidence moved against the chief minister under this plan wasn’t successful but brought out the differences between the two camps out in the open.