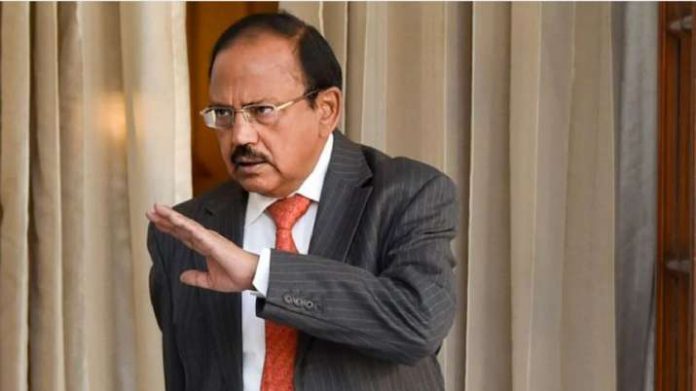 NEW DELHI: India Tuesday walked out of a virtual meeting of the SCO NSAs after Pakistan sought to project, as Indian officials described it, a fictitious map showing Indian territory as its own.

The Indian delegation led by NSA Ajit Doval strongly objected to the use of this illegal map by Pakistan, said official sources. They added that Russia, which chaired the meeting, tried very hard to persuade Pakistan not to display the map and expressed hope this provocative act won’t affect India’s participation in SCO.

Pakistan PM Imran Khan had a month ago issued a new map showing the entire erstwhile state of J&K, now organized into 2 separate union territories, in Pakistan. The map was used as the background image for the meeting by Pakistan. As the Russians had said in front of the SCO foreign ministers meeting last week, the SCO Charter doesn’t allow any nation to raise bilateral disputes even as it provides them a platform to build mutual trust.

In an official response to Pakistan’s action at the NSA meeting, India said the Pakistan representative, Moeed Yusuf, deliberately projected a fictitious map that Pakistan has recently been propagating.