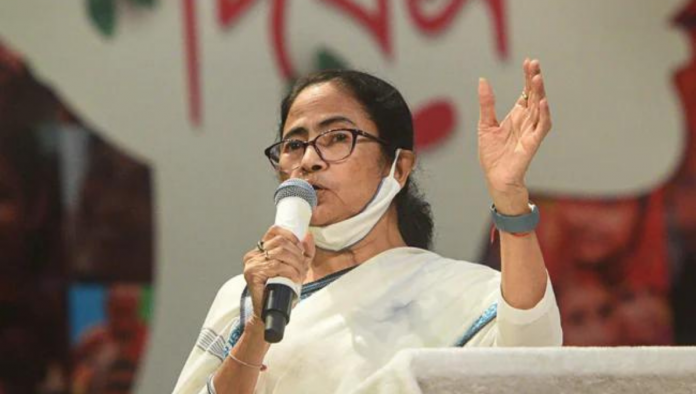 A Bengali writer and folk culture researcher returned an award from the Paschimbanga Bangla Academy on Tuesday in protest of the academy’s decision to bestow a special honour on Chief Minister Mamata Banerjee for her contributions to the cause of literature.
Ratna Rashid Banerjee surrendered the ‘Annada Shankar Smarak Samman’ she received from the Academy in 2019.

Banerjee said in a letter to Academy Chairman Bratya Basu, who is also the education minister, that the prize has become a “crown of thorns” for her as a result of its decision to bestow a new literary award on the CM on the birth anniversary of Rabindranath Tagore.

“I told them in the letter of my choice to return the prize with immediate effect.”

“As a writer, I am offended by the decision to bestow a literary prize to the CM. It will set a negative example. “The Academy’s statement complimenting the honourable chief minister’s tireless literary pursuit is a distortion of reality,” Rashid Banerjee told PTI.

The prize, which was instituted this year, was presented to the chief minister for his book, ‘Kabita Bitan,’ a compilation of over 900 poems, during a state government-organized function commemorating Tagore’s birth anniversary on Monday. Despite the fact that the CM was there, the award was given to Basu on her behalf.

The author, who has written over 30 books of essays and short tales, said the chief minister might have demonstrated maturity by not receiving the prize when it was revealed by Academy Chairman Bratya Basu in her presence.

She has also conducted studies on folk culture, particularly that of marginalised groups in society.

“The Bangla Academy has chosen to award people who strive persistently for the advancement of literature and other sectors of society,” Basu remarked on Monday.The CM’s book, ‘Kabita Bitan’, was released at the 2020 International Kolkata Book Fair.