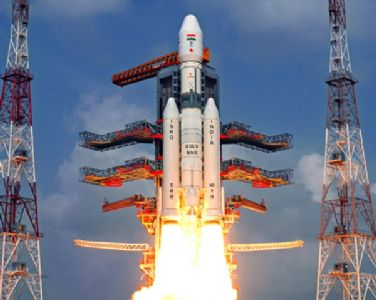 The Indian Space Research Organization (Isro) on Thursday evening launched the country’s 42nd communication satellite named CMS-01. This is the second satellite launched by the space association amid the prevailing coronavirus (Covid-19) outbreak.

The CMS-01 is visualized to offer is envisaged to provide services in the Extended-C Band of the frequency spectrum whose coverage will include the Indian mainland, Andaman-Nicobar and Lakshadweep Islands, according to news agency ANI. The satellite will be the first in a new series of communication satellites by India after the GSAT and INSAT series.

““Communication satellite CMS-01 onboard the Polar Satellite Launch Vehicle (PSLV-C50) is scheduled from the Satish Dhawan Space Centre (SDSC) SHAR in Sriharikota today,” Isro had earlier said adding that fuelling process of the launch vehicle had been completed.

This will be the 77th launch vehicle mission from SDSC SHAR and the new satellite would replace the GSAT-12 in the orbit, which was launched in 2011.

On November 7, Isro had launched the 51st mission of Polar Satellite Launch Vehicle (PSLV) on Saturday. The carrier vehicle PSLV C49 had delivered 10 satellites in all with EOS-01 as the primary one. The EOS-01, an earth observation satellite, is intended to provide agriculture, forestry and disaster management support.