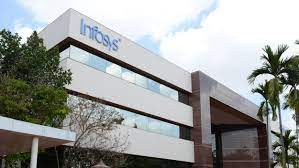 As citizens face issues in getting to the e-documenting gateway, the Income Tax office on Saturday said programming supplier Infosys is taking “proactive measures” to manage the ‘sporadic traffic’ on the gateway.

“It has been seen that citizens are confronting issues in getting to ITD e-documenting gateway. As educated by @Infosys, they have noticed some irregular traffic on the entryway for which proactive measures are being taken,” the I-T department tweeted.

The new e-documenting gateway www.incometax.gov.in, sent off on June 7, 2021, had a rough beginning with citizens and experts revealing errors and troubles in its working. Infosys was given the agreement in 2019 to foster the entryway.

All the more as of late, the entry confronted tangles on the main commemoration of its send off and numerous clients whined that they couldn’t sign in into the gateway, while some griped breaking down of the hunt usefulness.

Last month, Central Board of Direct Taxes (CBDT) administrator Sangeeta Singh uncovered that an issue connected with the pursuit usefulness and non-availability of the e-documenting site had been distinguished. At that point, Infosys was coordinated to investigate the issue and the organization had affirmed it would determine the issue on need, as indicated by Singh.

In August 2021, Infosys Chief Executive Salil Parekh was called by Finance Minister Nirmala Sitharaman, to make sense of why errors were not settled over two months after the send off of the new e-recording gateway.

The Finance Minister had tweeted to Infosys and its co-founder Nandan Nilekani a day after the launch of the e-filing portal last year, asking for grievances and glitches to be resolved, and to “not let down our taxpayers”.