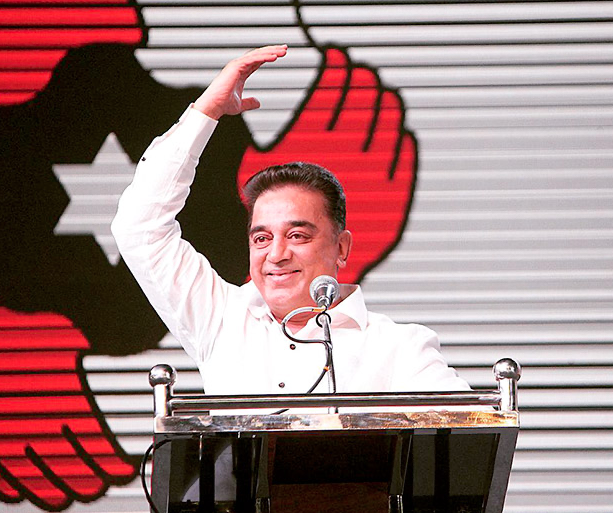 Actor-politician Kamal Haasan undertook a 170-km political tour from Rameswaram to Madurai in February 2018. The reason – he had to announce the name of his party, Makkal Needhi Maiam, which means “People’s Justice Centre”.

The 66-year-old actor took his entry into politics rather slow. He had waited for quite a long time subsequent to declaring his political ambition and held numerous conferences before the launch in February 2018, one year before the Lok Sabha election in which his party took part in its first political fight.

Despite the fact that Mr Haasan’s party didn’t win any seat in Tamil Nadu in the national election, its performance then as far as vote share was seen as one that could turn into a danger to the AIADMK and the DMK in future.

The Makkal Needhi Maiam (MNM) got 3.72 percent votes in the 35 constituencies it contested in the 2019 general election, which was no mean feat for a party that was launched a little more than a year before the national election.

Mr Haasan had been looking to work with Rajinikanth as well.The plan did not work out after Rajinikanth decided not to take the plunge into active politics.

Mr Haasan is contesting the Tamil Nadu election from Coimbatore South constituency. The constituency is represented by AIADMK’s Amman K Arjunanan in the outgoing assembly and the ruling party MLA has shifted to Coimbatore North to accommodate alliance partner BJP’s Vanathi Srinivasan.

Mr Haasan’s political venture was one portion of a mega cinema-politics crossover story that gripped Tamil Nadu. The other was superstar Rajinikanth’s entry, which appeared set in December last year, only for the actor to cite a “warning from God” and back out over health concerns.

The Tamil Nadu election – the first since the deaths of former Chief Ministers J Jayalalithaa and M Karunanidhi – will be held in a single phase tomorrow. Votes will be counted May 2.