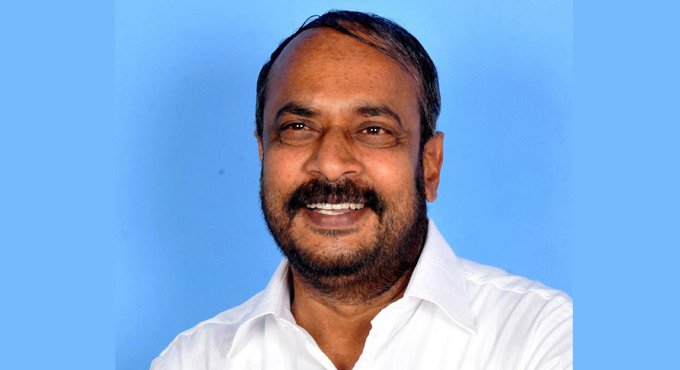 SL Dharme Gowda, Deputy Speaker of Karnataka Legislative Council was found dead on a railway track near Kadur in Chikkamagaluru. A suicide note has been recovered. Dharme Gowda had left his home last night and his family was worried about his whereabouts. The development comes as a shocker to the Janata Dal (Secular).

“It is shocking to learn the news of Deputy Speaker of the State Legislative Council and JDS leader SL Dharmegowda’s suicide. He was a calm and decent man. This is a loss of the state (sic),” HD Deve Gowda, former PM and JD(S) leader said.

The police suspect that he may have committed suicide by coming by jumping in front of a moving train in Gunasagar in Kadur late on Monday. He had left his home alone on Monday evening around 7 PM in his Santro car. He also did not inform his security team before moving out of his home along with his driver.

When he did not return till 10 PM, a search was initiated to trace him. Gowda’s body was later found lying on the railway track. It has also come to light that the Janata Dal (S) leader had asked his driver to leave the place and then inquired about the train movement at that time.

D K Shivakumar, KPCC President, said, “It is a very sorry affair. He was a very simple man. It is very shocking to all of us. On behalf of my party, and myself, we pray that his soul rests in peace.”

Chief Minister BS Yediyurappa expressed shock over the incident, terming it “unfortunate”. He lauded the MLC for efficiently conducting the legislative council as its deputy chairman.

JD(S) leader and former chief minister HD Kumaraswamy said Dharme Gowda was like a brother to him. “His death has caused a shock to me. He was an upright politician,” Mr Kumaraswamy said in a tweet.

“The untimely demise of Dharmegowda is the most unfortunate and traumatic event. May his soul rest in peace and give strength to his family and followers,” CMO was quoted as saying by news agency ANI.