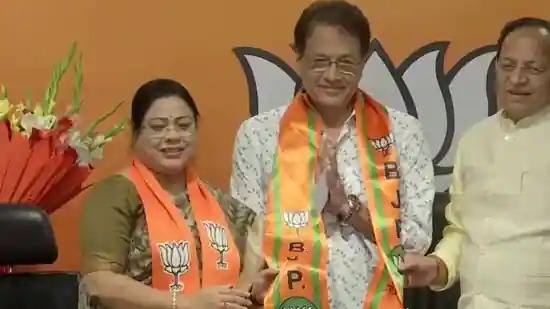 Just days before assembly elections in four states and a Union territory, actor Arun Govil, who played Lord Ram in the iconic 1987 television show Ramayan, has joined the BJP.

He will not contest the elections, the BJP said, but will campaign for the party. With this move, the party is seen to aim for right-wing voters in the states where elections will be held starting March 27.

At his first public interview, Arun Govil said there was nothing incorrectly in saying “Jai Shri Ram”, the phrase heard often at BJP rallies and marches in Bengal, where it is hoping to form its maiden government.

“West Bengal Chief Minister Mamata Banerjee’s irritation with Jai Shri Ram was a trigger point for me to join the BJP. And there is nothing wrong in saying Jai Shri Ram…it is not a slogan, not even a political slogan. It is a way of life for us, it represents our culture and ethos,” he was quoted as saying by news agency PTI.

The slogan was used against the Trinamool during the 2019 general election. The BJP had won 18 of the 42 Lok Sabha seats in Bengal, making deep inroads in the state.

Apart from Ramayan, Mr Govil, 63, has played leads in several Hindi, Bhojpuri, Odia and Telugu films. He has also played supporting characters. He is, however, mostly known for his roles in mythological movies.

Interestingly, at the peak of his popularity in the 1980s, Mr Govil supported the Congress. The BJP had given tickets to actors from the same series who had played Ravan (Arvind Trivedi) and Sita (Deepika Chikhaliya); both became MPs.

Mr Govil made the headlines last year after a photo of him watching a Ramayan reboot on national broadcaster Doordarshan went viral.

The multi-phased elections to Bengal, Assam, Kerala, Tamil Nadu and Puducherry assemblies will end on April 29. Counting will be held on May 2.