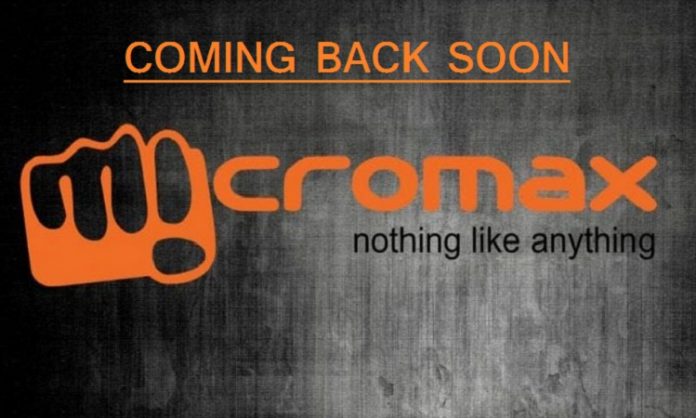 Micromax has announced the launch date of its new smartphone series. Micromax ‘in’ smartphones will launch in India on November 3. The company hasn’t revealed yet what phones it plans to offer for its comeback to the Indian smartphone market.

The teaser for Micromax’s new smartphones carries the tag line “Aao Karein, Cheeni Kum” which is a play at reducing the dominance of Chinese smartphones in India. Ironically, Micromax has a history of rebranding Chinese phones and launching them in India. The company has been riding on the anti-China wave that’s currently seeing its effect mostly on smartphones.

Micromax hasn’t revealed anything about its upcoming phones but a recent report reveals some of its specifications. One of the Micromax phones is said to run on MediaTek’s Helio G35 processor. It will be available in two storage variants of 2GB+32GB and 3GB+32GB. The smartphone is also said to feature a 6.5-inch HD+ display.

This Micromax in phone is also expected to pack a 5,000mAh battery. On the software front, it will run stock Android. The base model of the smartphone will sport a dual-camera setup with a 13-megapixel and 2-megapixel sensor. For selfies, it will house an 8-megapixel front camera.

As for the 3GB variant, this one will come with triple rear cameras featuring a 13-megapixel, 5-megapixel and 2-megapixel sensors. A 13-megapixel front camera is expected on this phone. The report also suggests Micromax’s in smartphones will be priced between ₹7,000 and ₹15,000.