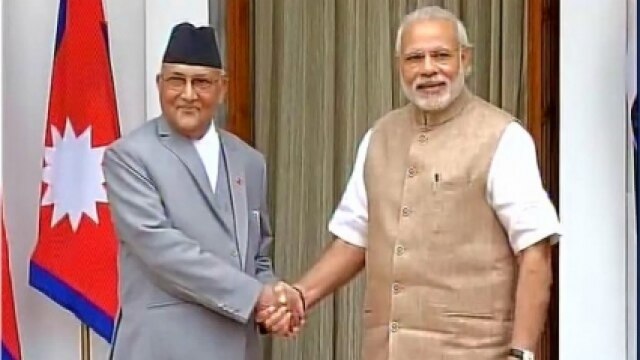 Yogi Adityanath recently made a few additions to the India-Nepal dispute on which Nepal Prime Minister KP Sharma Oli has criticized Adityanath for the same. Nepal has revised its maps which includes some parts of the disputed regions with India.

The reason of the disputes is that though both the countries share open borders of 1880 km and about 98% of the areas have distinct boundaries, the fate of three of the areas, that is, Lipulekh pass, Kalapani and Limpiyadhura in western Nepal are still conflicted.

Yogi Adityanath commented that Nepal shouldn’t do the same mistakes they did with Tibet. He added, “The two countries have cultural, historical and mythological links that date back to several centuries and Nepal should remember this. The opposition is steeped in negativity and is completely disconnected with ground realities. They should interact with people who will tell them how much our government has done in dealing with the crisis.”

This infuriated the Prime Minister of Nepal. He said that Adityanath must not interfere with his critics and threatening remarks on Nepal.

“Uttar Pradesh chief minister Adityanath-ji said some things about Nepal. His remarks were not appropriate or legitimate. The leadership of the central government [in India] should tell him not to speak on issues that he is not responsible for. He should also be told that his comments threatening Nepal will be condemned,” Oli said.

Making the situation clearer on their parts, Oli said, “Before India deployed the army, Nepal had been using it as its territory. Now, it has been occupied by the Indian Army. We have made our position very clear to India,”

PM Oli has made it very clear in his statement, “India, as our neighbor, should return the territory to us as our claims are based on historical facts.”