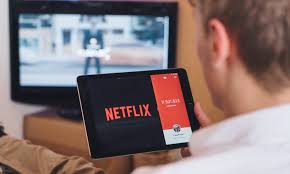 Netflix is going to give people in India an entire weekend of free streaming on its platform. Netflix will host StreamFest on December 5 and 6 where anyone can log in to Netflix and watch movies, TV shows, documentaries and more.

Netflix StreamFest will start exactly at 12.01 am and end on December 6 at 11:59 pm. Netflix will allow one stream in standard definition on StreamFest. Unlike how Netflix streaming works, this one will allow only one user to stream from one account. You can create one through this link or by downloading the Android app.

Creating a Netflix account is limited to its Android app and browser but you can stream it from any device. StreamFest also supports casting to bigger screens. You can also set a reminder for StreamFest with your email address or phone number through the same link.

It’s most likely that Netflix will witness a huge surge in traffic with free streaming available to everyone in India. Netflix said it will limit the number of StreamFest viewers but it hasn’t specified the limitations yet. It will also display a message saying “StreamFest is at capacity” if it reaches the maximum number of viewers. You will still be notified when you can start streaming again.