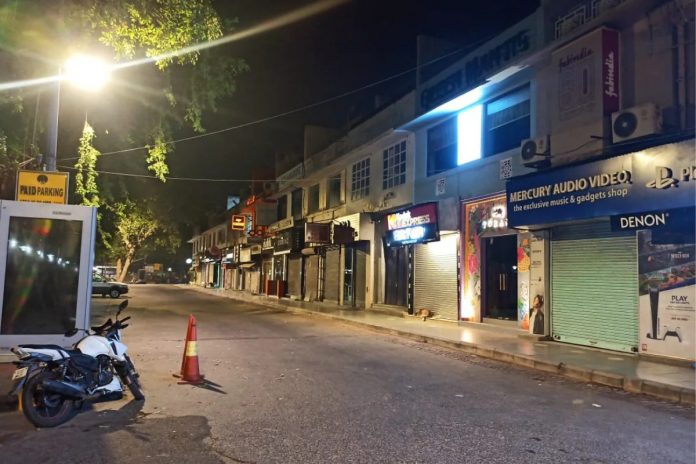 Delhi Health Minister Satyendar Jain on Wednesday said night curfew was imposed in the national capital following reports that parties and social gatherings were being organized in various parts of the city at a time when COVID-19 cases have flooded.

Interacting with reporters, he also feared that if the positivity rate escalated and safety norms were not followed by people, the new cases could breach the last single-day spike record registered in November last year.

however, he added that it will be too soon to estimate on that as of now, and government efforts are to contain the frequencies as successfully as could be expected.

Mr Jain’s comments on the pandemic circumstance came a day after the Delhi government forced a night curfew in the Delhi from 10 pm to 5 am till April 30 taking in view of rising COVID-19 cases.

The city had recorded 5,100 new cases on Tuesday, while 17 also peoples capitulated to the infection taking the passing count to 11,113, as per the Delhi health department.

A record, more than 1 lakh tests were led on Monday, and the positivity rate on Tuesday stood at 4.93 per cent.

“We took the decision to impose a night curfew in the city, as reports were coming about parties and gatherings being held in various parts of the city. Given the situation right now, one person can spread to everyone else in a gathering and to more people, so we took the step,” Mr Jain said.

However, it is “not a harsh step” and there are various categories of exemption, he said, adding that restaurants in the city usually operate till 11 pm, so in view of public safety, they have to close only one hour early.

Asked about the efficacy of night curfew in curbing cases, he said, “Let’s wait and watch”.

On e-passes procurement issues faced by people, the minister said, it is a “teething problem” and should be sorted soon.

Amid a surge in COVID-19 cases in the national capital, Jain on Tuesday had said the city government was alert on the pandemic situation and keeping a “close watch” on it.

He repeated his interest that vaccination should to be made open to all adults, aside from the peoples who are not medically compliant with the norms for inoculation against COVID-19.

On the issue of rising cases in the city, he said, “About 2,000 beds have been escalated in the last few days at various hospitals, and another 2,000-2,500 beds will be added in the next couple of days”.

Over 84,000 people were vaccinated in Delhi on Tuesday till 10 pm, out of which 21,388 got the shots at private hospitals and 62,825 received the jabs at government hospitals, Jain said.

“The trend of cases needs to be monitored, and we are keeping a close watch on it. Currently, the positivity rate has crossed the 5 per cent-mark for the entire country. However, in Delhi, we are completely alert and are being cautious,” Mr Jain had said on Monday.