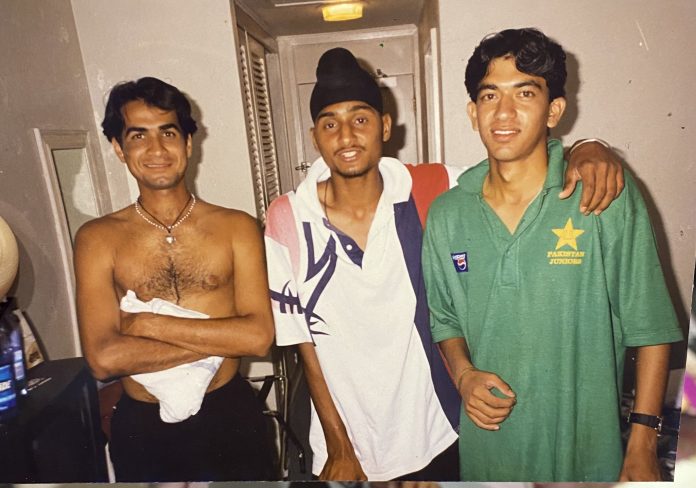 Harbhajan Singh Friday shared a throwback picture from the beginning of his career. Harbhajan, who was most recently seen in action for the Kolkata Knight Riders (KKR) during Indian Premier League (IPL) 2021, has been a marathon man throughout his career. Taking to Twitter, Harbhajan shared a picture from his U-19 days and asked fans to guess the name of the two players alongside him. “Pehchano to maaane…U-19 World Cup days 1998/99,” the 41-year-old captioned the image.

In the image, Harbhajan can be seen posing close by former Pakistan player Hasan Raza and a shirtless Imran Tahir. The image was clicked during the 1998/99 U-19 World Cup, which was played in South Africa.

Tahir had represented Pakistan at the junior level before he switched and went on to play for the South African national team across formats. He has represented South Africa in 20 Tests, 107 ODIs, and 38 T20Is.

Harbhajan is India’s fourth most wicket-taker in Test cricket (417). He was recently surpassed by Ravichandran Ashwin (427) on the elite list.