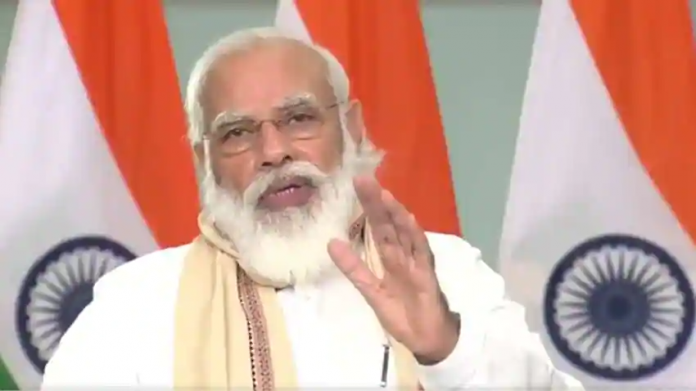 Prime Minister Narendra Modi in his address to the nation on the occasion of Guru Nanak Jayanti announced that the BJP govt has decided to repeal all the three controversial farm laws in the upcoming winter session of parliament.

“We couldn’t convince a section of farmers despite best efforts. The goal of the three farm laws was to empower farmers, especially small farmers,” he said.

The big declaration, which comes just as Punjab prepares itself for assembly polls, will be checked out as an action to mollify the farmers of the state who protested the most against the bill.

In the first reaction coming after the declaration, Captain Amrinder Singh has invited the move.

In the meantime, farmer leader, Rakesh Tikait has said that the protests won’t be withdrawn till the three laws are actually repealed by the Parliament.
Modi in his address pointed what his government has done to help the small farmers and gave his rationale for bringing the three agricultural reforms, which turned controversial later.

The Prime Minister said that farmers’ upliftment was the biggest priority for his government since he took office in 2014. He said that the laws were meant for the upliftment of the 10 crore small farmers of the nation.

Modi listed that the small farmers have gotten Rs 1 lakh crore in funds because of the crop insurance scheme launched by the government and that the agriculture budget has increased more than five times in his tenure.
Congress chief Rahul Gandhi has tweeted and said that the government has had to bow down to the farmers’ satyagraha (protests).

The three bills being questioned are the Farmers’ Produce Trade and Commerce (Promotion and Facilitation) Bill and The Farmers’ (Empowerment and Protection) Agreement on Price Assurance and Farm Services Bill, 2020 and the Essential Commodities Act amendment bill.