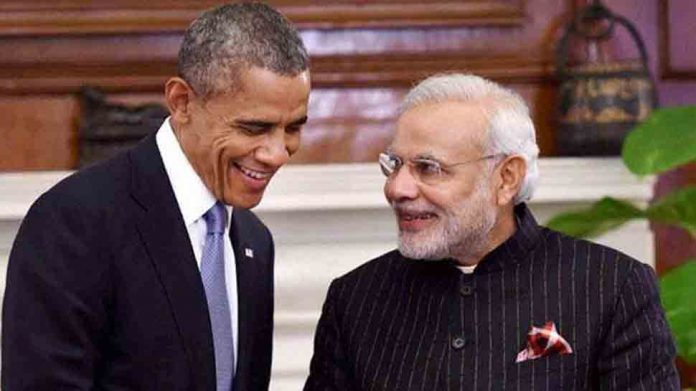 Prime Minister Narendra Modi on Monday wished a “quick recovery” in a tweet to Barack Obama hours after the former US president announced that he had tried positive for Covid. In a late-night tweet, the 60-year-old leader gave an update to his followers with an appeal- “I just tested positive for COVID. I’ve had a scratchy throat for a couple of days, but am feeling fine otherwise. Michelle and I are grateful to be vaccinated and boosted, and she has tested negative. It’s a reminder to get vaccinated if you haven’t already, even as cases go down. (sic).

The United States has reported the highest number of cases in the world with over 7.9 crore infections registered so far. India is right behind with over 4.29 crore cases. Obama has been actively appealing to people for getting shots on time as the US continues to see resistance among some to get vaccinated.

Obama was one of the first world leaders to actively engage people on Twitter in an attempt to humanize social media exchange with followers. He has more than 131 million followers on microblogging sites.

PM Modi who is also known for sharing candid posts on Twitter here and there have more than 76 million followers. Both the leaders have had a cordial exchange in the past when Obama was the US president.