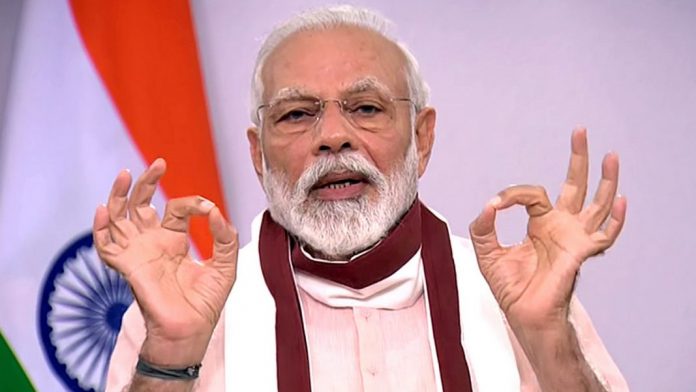 PM Modi addressed the nation today and raised the concern about how the people have started being casual about the pandemic after the unlock 1, that is, 1st of June. Negligence in personal and social behaviour has started being troublesome for the country now as the number of corona cases are constantly increasing.

He said, “Earlier, we were more cautious about the use of masks, ‘do gaj ki doori’ and washing hands several times a day for 20 seconds. People who are not following rules need to be stopped and made aware of the problems. Nobody is above rules in India, even if it’s the leader of the nation.”

Hence, as we enter Unlock 2 tomorrow, the honourable PM has asked the public to be extra careful as this is the season in which people fall ill due to viral.

This was PM Modi’s sixth nation address in the corona pandemic. PM has relived the people by sharing the stats that India is still at a better place as compared to other nations when it comes to the death rate.

PM has announced some good news for the underprivileged. He announced the extension of Gareeb Kalyaan Yojna saying, “Under PM Gareeb Kalyan Yojana (PMGKY), we announced a package of Rs. 1.75 lakh crore. In the last three months, ₹31,000 crores were deposited in bank accounts of 20 crore poor families and ₹18,000 crore were deposited in the bank accounts of more than nine crore farmers”.

The Gareeb Kalyaan Yojna will now be extended till Diwali and Chatth Puja of which the estimated cost will be 90,000 crores.

Talking about the upcoming festival season, he said, “July also marks the beginning of the festive season. 5th July is Guru Purnima, then the month of Saawan is starting. Then 15th August is coming, Raksha Bandhan, Sri Krishna Janmashtami,Ganesh Chaturthi, Onam will follow. Further, Kati Bihu, Navratri, Durga Puja is coming, then Dussera, Diwali and Chhath. This festive season increases necessities as well as expenditure. Keeping all these things in mind, it has been decided to extend Pradhan Mantri Garib Kalyan Anna Yojana up to Diwali and Chhath Puja, till November-end.”

He promised every member of the family to get 5 kilograms of rice and wheat and a kg of chana every month.

He thanked the taxpayers, money donors, and farmers of the country to make India stand strong even in the hardest times.